“Our results show that current-use pesticides, particularly fungicides, are accumulating in the bodies of Pacific chorus frogs in the Sierra Nevada,” says Kelly Smalling, a research hydrologist with the U.S. Geological Survey and lead author of the study. “This is the first time we’ve detected many of these compounds, including fungicides, in the Sierra Nevada. The data generated by this study support past research on the potential of pesticides to be transported by wind or rain from the Central Valley to the Sierras.”

“Having experts such as hydrologists, chemists, and biologists working together on our staff is part of what USGS can uniquely bring to address complex environmental problems,” said USGS Pacific Region Director, Mark Sogge. 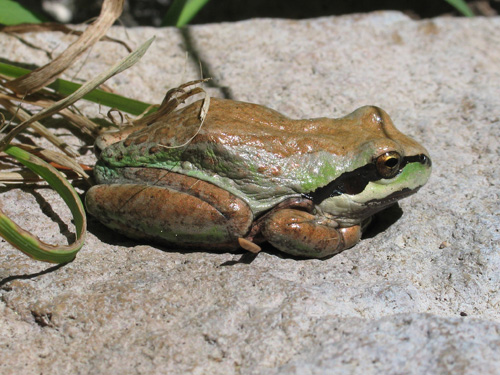 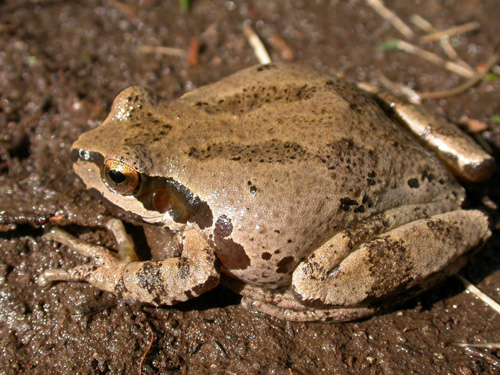 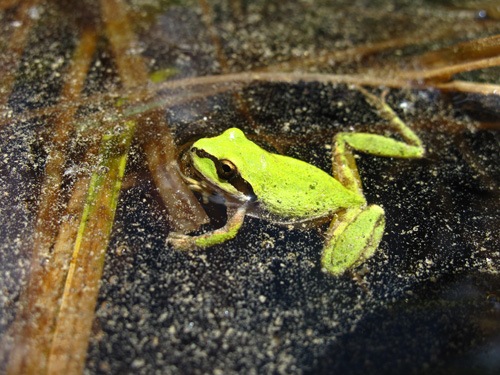 Two fungicides, commonly used in agriculture, pyraclostrobin and tebuconazole, and one herbicide, simazine, were the most frequently detected compounds, and this is the first time these compounds have ever been reported in wild frog tissue. DDE, a byproduct of the pesticide DDT, was another compound frequently found in frogs collected — though this is not surprising since DDE is one of the most widely detected compounds globally, even decades after DDT was banned in the United States. 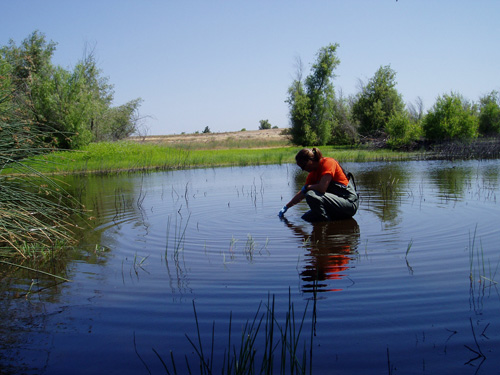 Pesticides continue to be a suspected factor in the decline of amphibian species across the U.S. and the world, but much remains to be learned about how pesticides impact amphibians, and whether pesticide exposure could influence other amphibian decline factors like the deadly chytrid fungus.

“Documenting the presence of environmental contaminants in amphibians found in our protected federal lands is an important first step in finding out whether the frogs are experiencing health consequences from such exposure,” says Patrick Kleeman, a USGS amphibian ecologist who collected the frog samples. “Unfortunately, these animals are often exposed to a cocktail of multiple contaminants, making it difficult to parse out the effects of individual contaminants.”

The research was conducted by the USGS California Water Science Center and USGS Western Ecological Research Center and was published today in the journal “Environmental Toxicology and Chemistry.” A PDF version of this report along with additional information on this and similar research is available online.