EAST LANSING, Mich. — People may be learning while sleeping – an unconscious form of memory that is still not well understood, according to a study by Michigan State University researchers.

The findings are highlighted in the Journal of Experimental Psychology: General.

“We speculate that we may be investigating a separate form of memory, distinct from traditional memory systems,” said Kimberly Fenn, assistant professor of psychology and lead researcher on the project. “There is substantial evidence that during sleep, your brain is processing information without your awareness and this ability may contribute to memory in a waking state.” 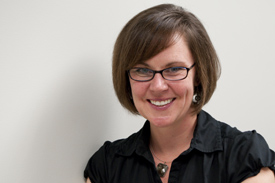 In the study of more than 250 people, Fenn and Zach Hambrick, associate professor of psychology, suggest people derive vastly different effects from this “sleep memory” ability, with some memories improving dramatically and others not at all. This ability is a new, previously undefined form of memory.

“You and I could go to bed at the same time and get the same amount of sleep,” Fenn said, “but while your memory may increase substantially, there may be no change in mine.”

She added that most people in the study showed improvement.

Fenn said she believes this potential separate memory ability is not being captured by traditional intelligence tests and aptitude tests such as the SAT and ACT.

“This is the first step to investigate whether or not this potential new memory construct is related to outcomes such as classroom learning,” she said.

It also reinforces the need for a good night’s sleep. According to the National Sleep Foundation, people are sleeping less every year, with 63 percent of Americans saying their sleep needs are not being met during the week.

“Simply improving your sleep could potentially improve your performance in the classroom,” Fenn said.