One Year after Triple Disasters, Japan Continues to Struggle

EAST LANSING, Mich. — A year after Japan was struck by triple disasters – earthquake, tsunami and nuclear meltdown – many citizens cannot find regular work and face the possibility of never returning to their homes and seeing their communities disappear, according to a Michigan State University scholar.

Ethan Segal, associate professor of Japanese history, made two trips to Japan following the March 11, 2011, catastrophe, spending close to two weeks in the northeastern part of the country that was most directly affected.

Even though he had seen news reports and videos of the tsunami, Segal said he was not prepared for the “tremendous devastation” he saw when he visited the coastal city of Rikuzen Takata in July.

“Almost every home and building near the ocean was destroyed and the few large buildings that were still standing were merely frames,” Segal said. “Some of them had trees and other debris sticking out of third-floor windows, revealing how high the water had reached.”

The cleanup effort was very well organized, however, with debris piled up in huge mounds and row after row of damaged cars in the fields on the edge of town. 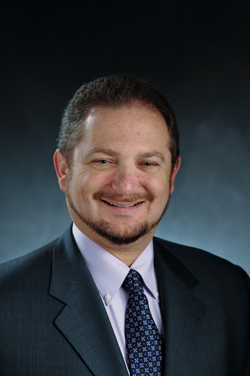 The scene was starkly different in the inland town of Katsurao, which Segal visited last month. The area was not hit by the tsunami but fell within the evacuation zone of the Fukushima nuclear power plant meltdown.

“It was a ghost town,” Segal said.

The principal of a small middle school in the area took Segal to visit the now-empty school.

“There was some minor damage from the earthquake – things had fallen off of shelves and part of the ceiling in the music room had collapsed,” Segal said. “But what was most striking was that things were left as if the students would be returning the next day. When they left school on Friday, March 11th, neither the teachers nor the students thought it would be that school’s last day. The students’ cubbies still held their textbooks and notes, and the blackboards still had the teachers’ assignments for students to complete for the following Monday.”

The trauma has been difficult on the citizens, many of whom lost jobs, homes and loved ones, Segal said. But these problems are made worse by the challenges posed by the recovery.

Segal met one woman in a temporary housing shelter in Rikuzen Takata who had lost her husband and son to the tsunami. The family’s home had been washed away and their farm fields ruined by sea water.

“She can’t rebuild because it isn’t clear when – or if – the government will decide that her land is safe for rebuilding,” Segal said. “Although tsunamis like the one of March 11th are rare, the same coastal lands are vulnerable if another were to strike. These concerns have kept many from rebuilding homes and businesses in coastal communities. As a result, unemployment and depression are serious problems for those living in temporary housing communities.”

Segal offered mixed reviews of the government’s response to the disasters.

The government was quick to mobilize the country’s self-defense forces to help people, he said.

“Certainly if one compares the Japanese government response to that of the government of Haiti following the 2010 earthquake, or even the U.S. response to Hurricane Katrina in 2005, then it seems the government has done a relatively good job in managing the crises,” he said.

However, there were many man-made problems that were not handled well, he noted.

Most striking was the poor management of the Fukushima nuclear reactor meltdown. “There was poor communication between TEPCO (Tokyo Electric Power Co.) and the government. TEPCO had problems with the plant and did not implement adequate safety and backup measures. It claims that the tsunami was beyond all expectations, but should it have been?”

Aside from the Fukushima situation, the government has been slow to help people get back on their feet, Segal said. Small business owners in particular have found it extremely difficult to borrow the money they need to rebuild their businesses since they no longer have any collateral, he said.

About a month ago the government created a new “Reconstruction Ministry” to help people get aid more quickly and cut through the bureaucratic red tape. “But it’s too early to tell if it is making a difference,” Segal said.