Marine researchers have definitively linked the collapse of oyster seed production at a commercial oyster hatchery in Oregon to an increase in ocean acidification.

Larval growth at the hatchery declined to a level considered by the owners to be “non-economically viable.”

A study by the scientists found that increased seawater carbon dioxide (CO2) levels, resulting in more corrosive ocean water, inhibited the larval oysters from developing their shells and growing at a pace that would make commercial production cost-effective. 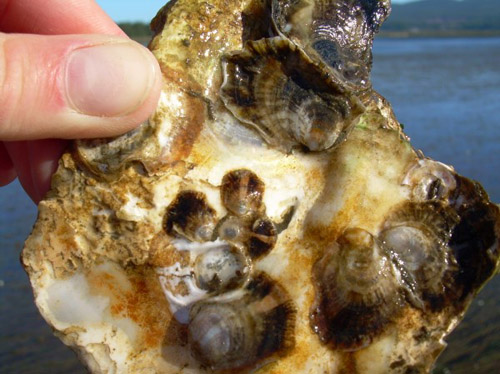 Oysters at hatcheries in Oregon are showing the effects of ocean acidification. Image credit: OSU

As atmospheric CO2 levels continue to rise, this may serve as the proverbial canary in the coal mine for other ocean acidification impacts on shellfish.

The research was funded by a grant from the National Science Foundation (NSF)’s Science, Engineering and Education for Sustainability (SEES) Ocean Acidification solicitation. 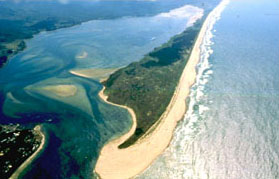 “This is one of the first times that we have been able to show how ocean acidification affects oyster larval development at a critical life stage,” said Burke Hales, an Oregon State University (OSU) chemical oceanographer and co-author of the paper.

“The predicted rise of atmospheric CO2 in the next two to three decades may push oyster larval growth past the break-even point in terms of production.”

The owners of Whiskey Creek Shellfish Hatchery at Oregon’s Netarts Bay experienced a decline in oyster seed production several years ago and looked at potential causes, including low oxygen and pathogenic bacteria. 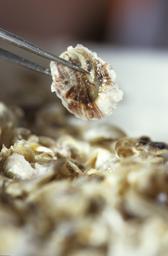 Alan Barton, who works at the hatchery and is a co-author of the journal article, was able to eliminate those potential causes and shifted his focus to ocean acidification.

Barton sent samples to OSU and to the National Oceanic and Atmospheric Administration’s Pacific Marine Environmental Laboratory for analysis.

The results clearly linked the production failures to the CO2 levels in the water in which the larval oysters were spawned and spent the first 24 hours of their lives. That first day is a critical time when the oysters develop from fertilized eggs to swimming larvae and build their initial shells.

“The early growth stage for oysters is particularly sensitive to the carbonate chemistry of the water,” said George Waldbusser, a benthic ecologist at OSU.

“As the water becomes more acidified, it affects the formation of calcium carbonate, the mineral in shells. As the CO2 goes up, the mineral stability goes down, ultimately leading to reduced growth or to mortality.”

Commercial oyster production on the West Coast of North America is a 273-million-dollar industry each year. It has depended since the 1970s on oyster hatcheries for a steady supply of the seed used by growers.

In recent years, the hatcheries that provide most of the seed for West Coast growers have suffered persistent production problems. 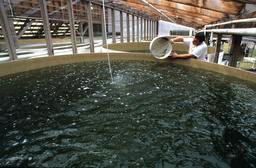 At the same time, non-hatchery wild stocks of these oysters also have shown low recruitment, putting additional strain on a limited seed supply.

Hales said that Netarts Bay, where the Whiskey Creek hatchery is located, experiences a wide range of chemistry fluctuations.

The researchers believe that hatchery operators may be able to adapt to take advantage of periods when water quality is at its highest.

“In addition to the impact of seasonal upwelling, the water chemistry changes with the tidal cycle and with the time of day,” Hales said. “Afternoon sunlight, for example, promotes photosynthesis in the bay. That production can absorb some of the carbon dioxide and lower the corrosiveness of the water.”

The researchers also found that larval oysters showed a delayed response to the water chemistry, which may cast new light on other experiments looking at the impacts of ocean acidification on shellfish. 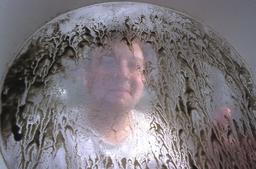 In the study, they found that larval oysters raised in water that was acidic, but non-lethal, had significantly less growth in later stages of their life.

“In some cases, it took until three weeks after fertilization for effects from the acidic water to become apparent. Short-term experiments of just a few days may not detect the damage.”

The research was also supported by NOAA and the Pacific Coast Shellfish Growers Association. 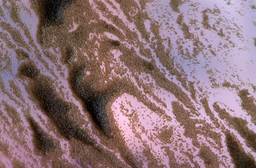