New Understanding of How Humans and the Environment Interact

These and other projects that address how humans and the environment interact are the focus of $21 million in National Science Foundation (NSF) grants to scientists, engineers and educators across the country to study coupled natural and human systems.

Research conducted through NSF’s Dynamics of Coupled Natural and Human Systems (CNH) program, in its fifth year as a multi-directorate program, will provide a better understanding of natural processes and cycles, and of human behavior and decisions–as well as how and where they intersect. 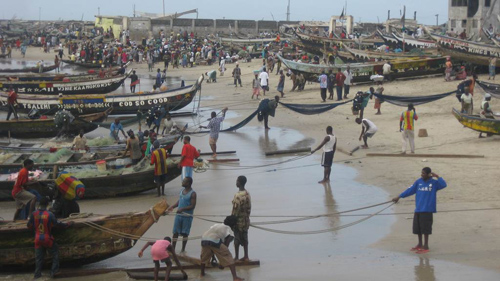 “This year’s CNH awards highlight the need for scientists from different fields to work together and benefit from each other’s perspectives to gain an understanding of the complex ways people interact with Earth’s natural systems,” says Tom Baerwald, CNH program director in SBE. 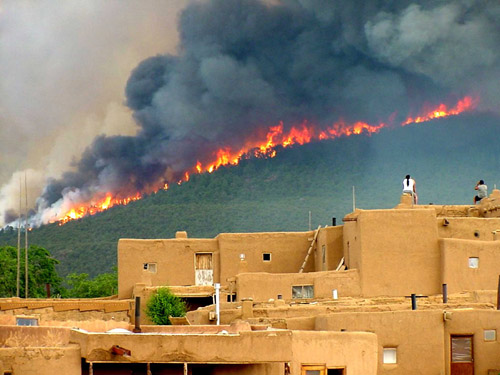 What are the social processes at work in wetlands in agricultural areas and rangelands of the Sierra Foothills of California?  What links human and other animal populations in the Chobe River region of Botswana, and how is the microbe E. coli transmitted among the river, wildlife, domestic animals and humans? How and where has land use intensified over time around parks in eastern Africa?

These are some of the questions asked by scientists funded through the CNH program.

“This year has another great set of projects that showcase interdisciplinary research,” says Sarah Ruth, CNH program director in GEO.

“By bringing together researchers from a wide variety of academic fields,” Ruth says, “the projects will provide valuable new insights into the ways in which we, our environment, and the natural resources we rely on for our survival act as one interconnected system.” 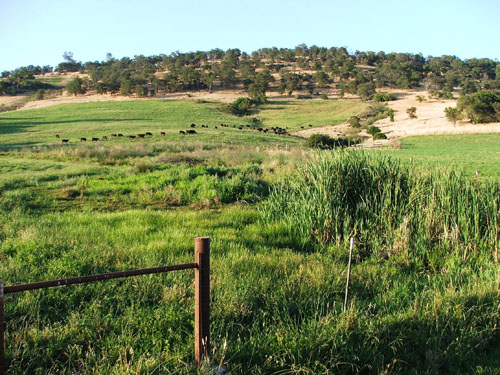 Wetlands in agricultural areas of the Sierra Foothills of California are part of a CNH project. Image credit: Steven Beissinger

“The diversity of topics in these awards shows the intellectual richness of the CNH program, and its relevance to NSF’s investments in sustainability research and education,” says Alan Tessier, CNH program director in BIO.

“The projects address key societal challenges in the management of ‘ecosystem services’ and in adaptation to climate change.”

Water Quality and Environmental Health in Botswana: Coupled Dynamics in a Water-Scarce Environment
Kathleen Alexander, Virginia Polytechnic Institute
Researchers will evaluate links among human and other animal populations in the Chobe River region of Botswana using Escherichia coli as a model microorganism to track transmission of microbes among the river, wildlife, domestic animals and humans.

When Strengths Can Become Weaknesses: Emerging Vulnerabilities in Coupled Natural Human Systems under Globalization and Climate Change
John Martin Anderies, Arizona State University
Scientists will examine small-scale irrigation systems whose infrastructure plays a critical role in resource provision to look at how biophysical and social systems have interacted to cope with new vulnerabilities.

The Emergence of Adaptive Governance Arrangements for Tropical Forest Ecosystems
Krister Andersson, University of Colorado-Boulder
Scientists will study 56 community-managed tropical forest ecosystems in Bolivia and Uganda, with a special emphasis on the roles of local ecological knowledge, cultural values and beliefs and socioeconomic inequalities in individual and community decision-making about forest resources.

Wetlands in a Working Landscape: Links Among Landowner Decisions, Climate, Disease Ecology and Metapopulation Dynamics
Steven Beissinger, University of California-Berkeley
Researchers will look at ecological and social processes in wetlands in the agricultural areas and rangelands of the Sierra Foothills of California, with a special emphasis on understanding how landowner practices, attitudes and perceptions of wetlands have affected wetlands’ number, size and distribution. The scientists will also study mosquito populations, the prevalence of West Nile Virus and the black rail, which is a threatened bird species in these California wetlands.

People, Water, and Climate: Adaptation and Resilience in Agricultural Watersheds
David Bennett, University of Iowa
Scientists will investigate how coupled natural and human systems respond to changes in climate, economics and policies that operate over large geographic and time scales. They will study the agriculturally-based Iowa and Cedar River watersheds and their sustainability, resilience and adaptability.

Dynamics of Coupled Natural and Human Systems in the Colorado Front Range Wildland/Urban Interface: Causes and Consequences
Patrick Bourgeron, University of Colorado-Boulder
Researchers will analyze interactions among environmental, social and economic factors in the Colorado Front Range wildland-urban interface and work to forecast the effects of these interactions on future states of the landscape. They will identify the mechanisms by which such interactions occur, assess whether the landscape can experience disturbances while maintaining its functions, and evaluate the implications of environmental and growth policies.

The Collapse of the Ancient Maya: Interdisciplinary Research on Society and the Environment
Nicholas Brokaw, University of Puerto Rico-Rio Piedras
Researchers will examine the collapse of an ancient civilization, and the consequences of deforestation in the tropics by exploring interactions between the Maya and their environment. These interactions, it’s believed, contributed to the collapse of the Maya civilization. The scientists will also assess the impact of ancient Maya land use, from the period 1,200 years ago to the present.

Land-Use Intensification and Protected-Area Vulnerability in Africa’s Albertine Rift
Joel Hartter, University of New Hampshire
Scientists will study how and where land use has intensified over time around parks in the Albertine Rift of eastern Africa by quantifying the rate and extent of forest conversion around seven Ugandan parks. Through this information, the researchers will identify patterns of climate, land use and population change over the last decade.

Political Fragmentation in Local Governance and Water Resource Management
Jae Hong Kim, Kansas State University
Researchers will analyze land-use changes and shifts in water quantity and quality in the Interior Plains of the United States examining the influence of institutional settings on the effectiveness of water resource management, with special attention to political fragmentation in local governance.

Understanding the Consequences of Water-Use Decisions in a Dynamic Environment
Richard Lammers, University of New Hampshire
The social and environmental factors that contribute to the resilience and vulnerability of Arctic communities are the focus of this project. Researchers will work to forecast potential water-resource consequences in a cultural and biophysical context, placing emphasis on technology-induced environmental distancing–the loss of awareness of change in natural resources due to increasing reliance on modern technology.

Aligning Marine Management Institutions with Key Ecological and Economic Linkages in the Gulf of California, Mexico
Heather Leslie, Brown University
Scientists will explore the interplay among key ecological, economic and institutional processes related to small-scale fisheries in Mexico’s Gulf of California, looking at how interactions among these processes influence both ecological and economic outcomes.

Co-Evolution of Upstream Human Behavior and Downstream Ecosystem Services in a Changing Climate
Jay Martin, Ohio State University
Researchers will use the Maumee River watershed and western Lake Erie to model how public attitudes co-evolve with downstream ecosystem conditions and shape support for policies that affect agricultural management practices and how farmers respond to these policies.

The Complexities of Ecological and Social Diversity: A Long-Term Perspective
Margaret Nelson, Arizona State University
Scientists will study configurations of diversity in ecological landscapes and in forms of social organization that influence system capacity to cope with significant environmental or social changes. They will focus on five archaeological cases from the Southwestern United States and Northern Mexico as long-term “experiments” to understand how social and ecological diversity affected these societies’ abilities to thrive or to make dramatic transformations.

Institutional Dynamics of Adaptation to Climate Change: Longitudinal Analysis of Snowmelt-Dependent Agricultural Systems
Elinor Ostrom, Indiana University-Bloomington
Researchers will examine how climate change and changes in seasonal rainfall, streamflow and drought–as well as the capacity of water users in glacier-irrigated agricultural systems–affect human populations. The scientists will focus on semi-arid agricultural systems that are dependent on snowmelt in contrasting settings in eastern Kenya and the Western United States.

Global Sensitivity and Uncertainty Analysis in the Evaluation of Social-Ecological Resilience: Theoretical Debates Over Infrastructure Impacts on Livelihoods and Forest Change
Stephen Perz, University of Florida
Scientists will use a systems approach that features resilience as a concept to bring together economic, ecological and social science perspectives to better understand infrastructure impacts. They will study the Southwestern Amazon, a region with high biodiversity and in which highway-paving is underway.

A Global Sustainable Soundscape Network
Bryan Pijanowski, Purdue University
Scientists will organize a research coordination network on “soundscapes” to facilitate interaction among ecologists, cognitive psychologists and scholars in the humanities, as well as those from other fields, to explore perspectives on human and natural system interactions. Soundscapes, the cacophony of sounds in the environment, play important roles in ecosystems.

Diversification, Portfolio Effects, and the Sustainability of Fishing Communities
Daniel Schindler, University of Washington
Researchers will investigate how the biocomplexity of fisheries ecosystems translates into social and economic attributes in the human communities that exploit these ecosystems. The scientistsn will examine salmon ecosystems and the social and economic benefits to people who rely on salmon for their livelihoods in Western Alaska.

Long-Term Vulnerability and Resilience of Coupled Human-Natural Ecosystems to Fire Regime and Climate Changes at an Ancient Wildland Urban Interface
Thomas Swetnam, University of Arizona
Scientists will test alternative hypotheses about how human activities at the wildland-urban interface affect the response of fire-adapted pine forests to climate change and how humans respond to these changes over centuries by combining archaeological and paleoecological evidence. The evidence is from an ancient wildland-urban interface in Northern New Mexico, where large communities of Native American farmers lived in ponderosa pine forests through varying climate episodes over the last 1,000 years.

Impacts of Global Change Scenarios on Ecosystem Services from the World’s Rivers
Charles Vorosmarty, CUNY-City College
Researchers will look at the ways in which humans control, degrade or enhance water-related “ecosystem services,” quantifying their effects on the global economic system and on aquatic biodiversity, projecting these relationships into the future and assessing how alternative management strategies can lead to more sustainable futures over a 100-year time horizon.