The U.S. Census Bureau should reconsider income-based poverty measures in favor of a consumption-based method, according to a new study that strives to more accurately identify the neediest Americans.

The report found that the official poverty rate and the Census Bureau’s new Supplemental Poverty Measure—both of which are income-based—do not gauge the extent of poverty as well as a method based on real purchasing ability. Bruce D. Meyer, the McCormick Foundation Professor at the University of Chicago’s Harris School of Public Policy, co-authored the study with James X. Sullivan of the University of Notre Dame.

Correctly calculating deprivation helps identify the most disadvantaged individuals and track changes over time. Meyer and Sullivan were surprised to find remarkably little research on the accuracy of the current poverty indicators. Given the measures’ importance, the authors decided to investigate how well the different poverty measures work by looking at 25 different characteristics of individuals, from car ownership and house size to education level and appliance ownership. The goal is to assess more of the advantages that individuals have, rather than their income alone.

“Few economic indicators are more closely watched or more important for policy than the official poverty rate,” they write in their article, “Identifying the Disadvantaged: Official Poverty, Consumption Poverty and the New Supplemental Poverty Measure,” published in the summer 2012 edition of the Journal of Economic Prospectives. “The poverty rate is often cited by policymakers, researchers and advocates who are evaluating social programs that account for more than half a trillion dollars in government spending.” 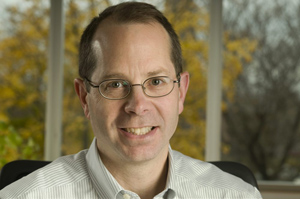 The official poverty measure, the calculation of which has remained virtually unchanged since the 1960s, relies heavily on pre-tax income and long has been criticized for not reflecting the full resources available to families. For example, it does not subtract income tax liabilities, nor does it include tax credits like the Earned Income Tax Credit and the Child Tax Credit or non-cash benefits like food stamps, housing subsidies or public health insurance. In addition, it suffers from significant errors in income reporting by the most disadvantaged families, which is out of the Census Bureau’s control.

Although it is based on the same imprecise data sources, the Supplemental Poverty Measure, which the government now publishes in tandem with the official poverty rate, attempts to more effectively estimate poverty by accounting for after-tax income and non-cash benefits. However, Meyer and Sullivan find that these additions have surprisingly counterproductive or mixed effects. In fact, the supplemental measure performs worse than the official poverty rate in capturing the poorest of the poor while including better-off people with higher consumption, more education, home and car ownership, and substantial assets.

“The new poverty measure that many people thought was going to be an improvement, in terms of figuring out who we should call ‘poor,’ doesn’t seem to be an improvement,” said Meyer. “It doesn’t seem to capture people who are worse off in many dimensions than the official measure. Our consumption measure seems to do better in terms of capturing people who have many different types of disadvantage.”

Meyer and Sullivan find their consumption-based measure better captures more of the most disadvantaged than those based on income, because it accounts for savings usage, ownership of durable goods, access to credit and the use of anti-poverty programs. The most disadvantaged families also appear to report their consumption more accurately than income.

“Based on the strength of our findings, we hope that if the Census Bureau wants to revise the official poverty measure, they will rethink what they are doing and go back to the drawing board, instead of proceeding with the Supplemental Poverty Measure,” said Meyer.