Glioblastoma is one of the deadliest malignancies, typically killing patients within 12 to 18 months. These brain cancers consist of two kinds of cells: a larger, heterogeneous population of tumor cells and a smaller sub-population of stem cells, which are treatment-resistant.

The new high-throughput molecular screening approach developed by the UCLA team was specifically designed to find drugs that can target that sub-population and prevent it from re-seeding the brain cancer, said the study’s senior author, Dr. Harley Kornblum, a Jonsson Cancer Center scientist and a professor of psychiatry and biobehavioral sciences. 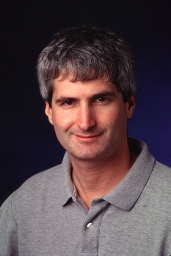 “We’re pleased that we can present a different way to approach the discovery of potential new cancer drugs,” said Kornblum, who also is a researcher with the Eli and Edythe Broad Center of Regenerative Medicine and Stem Cell Research at UCLA. “And by finding these drugs, we may be able to reveal things about the biology of these cancer stem cells.”

The study was published in the Oct. 10 issue of Molecular Cancer Therapeutics, a peer-reviewed journal of the American Association of Cancer Research.

The approach Kornblum and his team used was something of a reversal of typical screening processes. Generally, researchers doing high-throughput screening are seeking a drug to hit a specific target they know is on a cancer cell, perhaps a protein that is causing it to grow or a gene that keeps it from dying. In this case, Kornblum said, the team was basically shooting in the dark because the biology of these brain cancer stem cells is largely unknown.

“When brain cancer stem cells were first discovered, we all realized rapidly that we would need to find drugs that attack these cells specifically, because they’re resistant to our conventional therapies,” Kornblum said. “We needed a way to kill these stem cells.”

UCLA’s high-throughput screening technology is capable of screening as many as 100,000 compounds in a single day. Researchers generally develop cancer cells lines and then create an assay, a procedure in molecular biology to test or measure the activity of a drug or biochemical compound in an organic sample, in this case the cancer cells.

The compounds are loaded into plates — about the size of an adult’s palm — that contain 384 wells each. The computerized, robotic screening system executes the process from start to finish, adding the compounds sitting in the tiny wells in the plates to the cancer cells, which are located in corresponding assay plates.

In this study, Kornblum and his team had a few clues to help them in narrowing down potential candidates that kill brain cancer stem cells. One method they used was based on a prior discovery by Jonsson Cancer Center researchers. The researchers had identified genes that correlate with how aggressive a brain tumor is, so Kornblum decided to try to find potential drug candidates that might reduce the expression of these genes. Another approach was to figure out which of the molecules killed brain cancer stem cells with greater potency than that with which they attacked other cells within glioblastoma.

To grow his cell lines, Kornblum used human tissue taken from UCLA patients diagnosed with glioblastoma. He knew that a certain method of culturing brain cancer cells resulted in a large number of brain cancer stem cells in the population. These cells were then screened with a molecular library of 31,624 compounds available through the cancer center’s Molecular Screening Shared Resource. These compounds encompass a wide range of structures and therefore have the possibility of influencing virtually all cellular functions.

“We decided on this type of approach because although we have learned a great deal about brain cancer stem cells in the past several years, we still have not discovered enough of their biology to be sure that any single target will be the right one to hit,” Kornblum said.

Going forward, Kornblum and his team will further study the four identified “lead” compounds to see if they help reveal the biology of the brain cancer stem cells and potentially result in a new and more effective therapy for these deadly brain cancers.

“One of our goals was to determine whether some compounds selectively act on glioblastoma stem cells, compared to the less tumorigenic cells from the same tumor,” the study states. “This selectivity may allow for the delineation of pathways and processes that are highly important to these cells. By making sure that a drug candidate has the potential to attack these stem cells, one might ensure the highest chance of therapeutic success.”

Funding for the study was provided by the Jonsson Comprehensive Cancer Center, the National Cancer Institute and the National Institute of Neurological Disorders and Stroke.

UCLA’s Jonsson Comprehensive Cancer Center has more than 240 researchers and clinicians engaged in disease research, prevention, detection, control, treatment and education. One of the nation’s largest comprehensive cancer centers, the Jonsson Center is dedicated to promoting research and translating basic science into leading-edge clinical studies. In July 2011, the center was named among the top 10 cancer centers nationwide by U.S. News & World Report, a ranking it has held for 10 of the last 12 years.