A new international program, conceived in part by a UCLA physician, has rapidly transformed access to lifesaving anti-malarial drugs by providing cheap, subsidized artemisinin-based combination therapies in seven African countries that account for a quarter of the world’s malaria cases.

The first independent evaluation of the Affordable Medicines Facility–malaria (AMFm) program was recently published in the journal The Lancet. The program is based at the Global Fund in Geneva, an international financing institution dedicated to disbursing funds to prevent and treat infectious diseases. The evaluation shows that the program improved access to key artemisinin combination therapies, or ACTs, which offer broader protection and less antibiotic resistance than anti-malaria medications currently available in those African nations.

The Oct. 31 Lancet study was accompanied by an editorial by a panel of some of the world’s most eminent scientists in this field, which praised AMFm’s ability to reach critical populations but also warned that despite the program’s success, its future funding could be threatened. 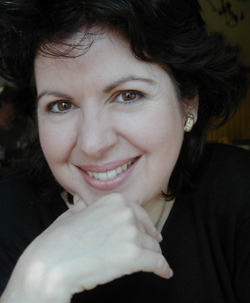 “Losing African children to malaria is such an unnecessary tragedy,” said Dr. Claire Panosian Dunavan, a clinical professor of infectious diseases at the David Geffen School of Medicine at UCLA, who was one of eight co-authors of the Lancet editorial. “Now that the global subsidy for ACTs has been proven to work through AMFm, I would hate to see the program end.”

Panosian Dunavan, an expert in tropical diseases, is also one of the original authors of the 2004 Institute of Medicine report “Saving Lives, Buying Time,” which first proposed a global subsidy for modern anti-malarial drugs and led to the development of the AMFm program.

“Over the last 10 years, I’ve learned a lot from my economist colleagues,” she said. “Leveraging private markets to deliver lifesaving treatments to the global poor is indeed possible, as this global subsidy for malaria drugs has now demonstrated.”

Panosian Dunavan worked closely with economist and Nobel laureate Kenneth J. Arrow, Dr. Ramanan Laxminarayan of the Center for Disease, Dynamics, Economics and Policy, and others in writing the original financing report and the Lancet editorial.

In their comments, the editorial authors write, “In November 2012, the Board of the Global Fund will vote to either continue AMFm in a modified form after December 2013, or terminate the program. There is a strong push from donors (though not from countries) to integrate AMFm into the regular Global Fund model, whereby countries would choose how much of their country budget envelopes, which are already committed to other priorities supporting the public sector, to reallocate to AMFm. We believe that this approach will create instability in artemisinin demand, lower the number of ACT manufacturers, increase ACT prices, and abandon the millions who depend on AMFm-subsidized ACTs.”

Worse, they say, “With the world’s largest global health funder [the U.S. President’s Malaria Initiative (PMI)] expressing unremitting opposition, even after the positive independent evaluation, the program’s future is uncertain. PMI has yet to suggest an alternative that would come close to the access afforded by AMFm in the private sector.”

“Africa is home to 80 percent of malaria cases, yet most of the population do not have access to affordable ACTs”, said Kara Hanson of the London School of Hygiene and Tropical Medicine, one of the lead authors of the evaluation study. “Access is restricted by unreliable public health facility supply, high prices and limited availability in the private sector, where most people go to buy medicines. Cheaper, less effective anti-malarials currently dominate the market. Worryingly, artemisinin monotherapies (artemisinin alone, rather than in combination) are also widely available in some countries, and use of these medicines can encourage development of resistance to ACTs.”

Changes in availability, price and market share were assessed in each country using nationally representative surveys of public- and private-sector outlets that stock anti-malarial drugs —both before the introduction of subsidized quality-assured ACTs (QAACTs) and supporting interventions, such as communication campaigns, and six to 15 months after their introduction.

AMFm had a particularly dramatic effect on the private sector, where QAACT market share increased in all pilot programs, with the increase exceeding 30 percentage points in five. What is more, private, for-profit QAACT prices fell substantially (by up to 80 percent) in six countries, with the decrease ranging from $1.28 to $4.82 (U.S.) per dose.

The market share of artemisinin monotherapies also experienced large declines in Nigeria and Zanzibar, the two countries where their presence on the market was highest at the start of the program.

Although AMFm had less impact on public health facilities’ ACT supply, the study authors point out that there were substantial delays in ordering drugs and implementing the full program in some countries.

“But not all of the changes observed can be attributed to AMFm,” the authors cautioned. “There was some evidence from two countries that prices had already begun to fall before AMFm started and the market share of ACTs had started to increase, although most of this increase occurred in the public sector.”

According to study author Hanson, “It is clear that tapping into the private sector distribution chain can have a major influence on which anti-malarial treatments are available and their price and quality in just a few months, but more information is needed about whether the subsidized drugs are reaching those most in need and on how diagnostics can be scaled up in the public and private sectors.”