How will we of the early 21th century be remembered? By our technological innovations, social movements and many wars, to be sure.

But also by pepper-spraying campus cops, epic fails and Gangnam-style? In the fullness of time, will history remember us for — Grumpy Cat?

“Going Viral,” a new book by Karine Nahon and Jeff Hemsley of the University of Washington Information School, explores the nature of virality and suggests that the ubiquitous Internet memes of today, from silly to serious, may indeed make a fair history for tomorrow.

“This is going to tell the story of our societies,” said Nahon, an associate professor. “Viral information will probably stick for longer than regular information.” She cautioned, however, that many things that go viral convey erroneous or biased information that can unfairly affect public opinion. 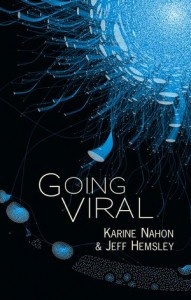 Nahon and Hemsley, a doctoral student, combined qualitative and quantitative methods to study thousands of blogs, posts and the videos they link to, and more than a million tweets, blending theory from network science, social computation and communicationto explore the origins and impact of virality.

“We go beyond the marketing hype of ‘how to make something viral’ and talk about social aspects of it,” said Hemsley. “Why it is important as a cultural artifact and how the current landscape of social media constitutes a ‘social infrastructure’ that facilitates sharing — like virality — and social awareness like never before.”

Virality, the authors stress, relies on social interactions and is not new, and not always global. They cite the 1955 arrest of Rosa Parks as an example of virality in how quickly the African-American community of Montgomery, Ala., used phones, hand bills and word of mouth to recruit 40,000 to its boycott of the bus system, before press coverage of the story.

“It’s not enough that a billion people watch CNN at night to see information — that’s not viral, it’s popular,” Nahon said. “‘Viral’ means that each of us has shared that information, and that’s the reason it’s important — it’s a social process.

“And when something really becomes viral, we’re talking about distribution to millions and sometimes hundreds of millions at the same time.”

Is there any certain recipe for virality? Not really, said Nahon. “We looked at so many examples and found that you have to have certain ingredients. It’s unpredictable, but that’s the beautiful thing about the nature of human beings.”

Nahon said the idea for the book came when colleagues at the Library of Congress sought her advice on how they might accurately depict our quickly changing digital culture.

“I said they should start with the viral information, because that would portray society at a particular moment. But I also say let’s do it cautiously; we have to understand that some of those voices carry misinformation.”

“Going Viral” was published in November by Polity. The research was funded by a Google research grant.