Vaginal birth triggers the expression of a protein in the brains of newborns that improves brain development and function in adulthood, according to a new study by Yale School of Medicine researchers, who also found that this protein expression is impaired in the brains of offspring delivered by caesarean section (C-sections).

These findings are published in the August issue of PLoS ONE by a team of researchers led by Tamas Horvath, the Jean and David W. Wallace Professor of Biomedical Research and chair of the Department of Comparative Medicine at Yale School of Medicine.

The team studied the effect of natural and surgical deliveries on mitochondrial uncoupling protein 2 (UCP2) in mice. UCP2 is important for the proper development of hippocampal neurons and circuits. This area of the brain is responsible for short- and long-term memory. UCP2 is involved in cellular metabolism of fat, which is a key component of breast milk, suggesting that induction of UCP2 by natural birth may aid the transition to breast feeding. 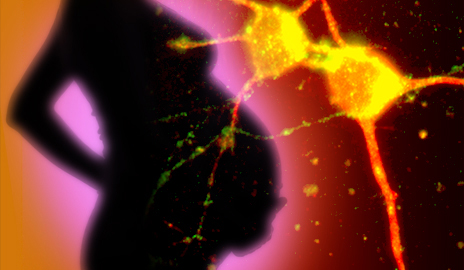 The researchers found that natural birth triggered UCP2 expression in the neurons located in the hippocampal region of the brain. This was diminished in the brains of mice born via C-section. Knocking out the UCP2 gene or chemically inhibiting UCP2 function interfered with the differentiation of hippocampal neurons and circuits, and impaired adult behaviors related to hippocampal functions.

“These results reveal a potentially critical role of UCP2 in the proper development of brain circuits and related behaviors,” said Horvath. “The increasing prevalence of C-sections driven by convenience rather than medical necessity may have a previously unsuspected lasting effect on brain development and function in humans as well.”