The first analysis of space dust collected by a special collector onboard NASA’s Stardust mission and sent back to Earth for study in 2006 suggests the tiny specks, which likely originated from beyond our solar system, are more complex in composition and structure than previously imagined.

The analysis, completed at a number of facilities including the U.S. Department of Energy’s Lawrence Berkeley National Lab (Berkeley Lab) opens a door to studying the origins of the solar system and possibly the origin of life itself.

“Fundamentally, the solar system and everything in it was ultimately derived from a cloud of interstellar gas and dust,” says Andrew Westphal, physicist at the University of California, Berkeley’s Space Sciences Laboratory and lead author on the paper published this week in Science.  “We’re looking at material that’s very similar to what made our solar system.” 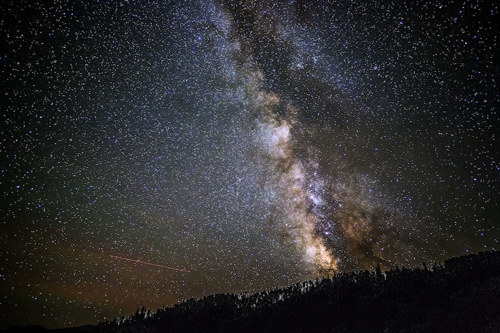 Westphal, who is also affiliated with Berkeley Lab’s Advanced Light Source, a DOE Office of Science User Facility where some of the research was conducted, and his 61 co-authors found and analyzed a total of seven grains of possible interstellar dust and presented preliminary findings. All analysis was non-destructive, meaning that it preserved the structural and chemical properties of the particles. While the samples are suspected to be from beyond the solar system, he says, potential confirmation of their origin must come from subsequent tests that will ultimately destroy some of the particles.

“Despite all the work we’ve done, we have limited the analyses on purpose,” Westphal explains. “These particles are so precious. We have to think very carefully about what we do with each particle.”

Between 2000 and 2002, the Stardust spacecraft, on its way to meet a comet named Wild 2, exposed the special collector to the stream of dust coming from outside our solar system. The mission objectives were to catch particles from both the comet coma as well as from the interstellar dust stream. When both collections were complete, Stardust launched its sample capsule back to earth where it landed in northwestern Utah. The analyses of Stardust’s cometary sample have been widely published in recent years, and the comet portion of the mission has been considered a success. 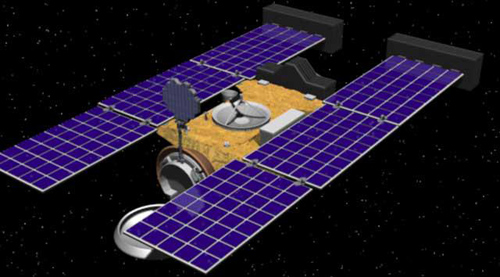 Artist’s rendering of the Stardust spacecraft. The spacecraft was launched on February 7, 1999, from Cape Canaveral Air Station, Florida, aboard a Delta II rocket. It collected cometary dust and suspected interstellar dust and sent the samples back to Earth in 2006. Image credit: NASA JPL

This new analysis is the first time researchers have looked at the microscopic particles collected en route to the comet. Both types of dust were captured by the spacecraft’s sample-collection trays, made of an airy material called aerogel separated by aluminum foil. Three of the space-dust particles (a tenth the size of comet dust) either lodged or vaporized within the aerogel while four others produced pits in the aluminum foil leaving a rim residue that fit the profile of interstellar dust.

Much of the new study relied on novel methods and techniques developed specifically for handling and analyzing the fine grains of dust, which are more than a thousand times smaller than a grain of sand. These methods are described in twelve other papers available now and next week in the journal of Meteoritics & Planetary Science.

One of the first research objectives was to simply find the particles within the aerogel. The aerogel panels were essentially photographed in tiny slices by changing the focus of the camera to different depths, which resulted in millions of images eventually stitched together into video. With the help of a distributed science project called Stardust@home, volunteer space enthusiasts from around the world combed through the video, flagging tracks they believed were created by interstellar dust. More than 100 tracks have been found so far, but not all of these have been analyzed. Additionally only 77 of the 132 aerogel panels have been scanned. Still, Westphal doesn’t expect more than a dozen particles of interstellar dust will be seen.

The analysis tapped a variety of microscopy techniques including those that rely on synchrotron radiation from the Advanced Light Source (ALS) at Berkeley Lab. The ALS is particularly well suited to this kind of analysis, says Hans Bechtel, principal scientific engineering associate at Berkeley Lab. “Synchrotrons are extremely bright light sources that enable light to be focused down to the small size of these particles while providing unprecedented chemical identification,” he says.

Researchers used the scanning transmission x-ray and Fourier transform infrared microscopes at the ALS. The x-ray microscope ruled out tens of interstellar dust candidates because they contained aluminum, not found in space or other substances and possibly knocked off the spacecraft and embedded in the aerogel. The infrared spectroscopy helped to identify sample contamination that could ultimately be subtracted later.

The researchers found that the two larger dust particles from the aerogel have a fluffy composition, similar to that of a snowflake, says Westphal. Models of interstellar dust particles had suggested a single, dense particle, so the lighter structure was unexpected. They also contain crystalline material called olivine, a mineral made of magnesium, iron, and silicon, which suggest the particles came from disks or outflows from other stars and were modified in the interstellar medium.

Three of the particles found in the aluminum foil were also complex, and contain sulfur compounds, which some astronomers believe should not occur in interstellar dust particles. Study of further foil-embedded particles could help explain the discrepancy.

Westphal says that team will continue to look for more tracks as well as take the next steps in dust analysis. “The highest priority is to measure relative abundance of three stable isotopes of oxygen,” he says. The isotope analysis could help confirm that the dust originated outside the solar system, but it’s a process that would destroy the precious samples. In the meantime, Westphal says, the team is honing their isotope analysis technique on artificial dust particles called analogs. “We have to be super careful,” he says. “We’re doing a lot of work on analogs to practice, practice, practice.”