COLUMBIA, Mo. – University of Missouri researchers have found evidence that shows those who quit smoking show improvements in their overall personality.

“The data indicate that for some young adults smoking is impulsive,” said Andrew Littlefield, a doctoral student in the Department of Psychology in the College of Arts and Science. “That means that 18-year-olds are acting without a lot of forethought and favor immediate rewards over long term negative consequences. They might say, ‘I know smoking is bad for me, but I’m going to do it anyway.’ However, we find individuals who show the most decreases in impulsivity also are more likely quit smoking. If we can target anti-smoking efforts at that impulsivity, it may help the young people stop smoking.”

In the study, MU researchers compared people, aged 18-35, who smoked with those who had quit smoking. They found that individuals who smoked were higher in two distinct personality traits during young adulthood: 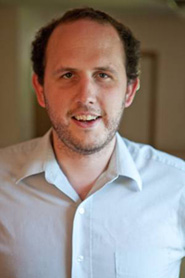 Andrew Littlefield, a doctoral student in the Department of Psychology, found evidence that shows those who quit smoking show improvements in their overall personality. Image credit: University of Missouri

“Smokers at age 18 had higher impulsivity rates than non-smokers at age 18, and those who quit tended to display the steepest declines in impulsivity between ages 18 and 25,” Littlefield said. “However, as a person ages and continues to smoke, smoking becomes part of a regular behavior pattern and less impulsive.  The motives for smoking later in life – habit, craving, loss of control and tolerance – are key elements of smoking dependence and appear to be more independent of personality traits.”

Despite the evidence from this study, substance use is still a complex relationship of genetic and environmental factors, Littlefield said.

The study, “Smoking Desistance and Personality Change in Emerging and Young Adulthood,” has been accepted by the journal Nicotine and Tobacco Research. The study was co-authored by Kenneth J. Sher, a professor in the MU Department of Psychology.

Littlefield says the tobacco use study will contribute to ongoing research on the relationship between personality and substance abuse. He recently received a $30,000 grant from the National Institutes of Health to study genetic influences on personality and alcohol drinking motives.