COLUMBIA, Mo. – Tracking military targets? The University of Missouri’s College of Engineering has an app for that.

Engineers from the MU College of Engineering, with funding from the U.S. Army/Leonard Wood Institute, have enhanced popular smartphones to be able to find and track targets. In addition, the engineers have developed ad hoc networks so that soldiers can relay smartphone information without using the internet.

“The goal of the project is to provide the exact location of a remote target, through either sound or sight,” said Yi Shang, professor of computer science. “The Android phones and iPhones have powerful processors, which allow us to write complicated programs. Each smartphone has a camera, a microphone, GPS, a compass, an accelerometer, and several other sensors that we can utilize. Plus, these phones typically support three kinds of wireless communication: Bluetooth, WiFi and cellular.” 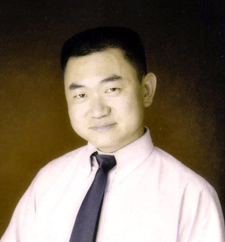 Yi Shang, professor of computer science in the MU College of Engineering, has led a team that has enhanced popular smartphones to be able to find and track military targets. Image credit: University of Missouri

Shang has worked for ten years in wireless sensors, but has recently begun working with smartphones just as consumers would buy them, “off the shelf.” Collaborators Wenjun Zeng and Dominic Ho, MU professors of computer science, brought expertise in mobile networking, multimedia and signal processing, and have turned the phones into powerful tools for soldiers in combat situations.

“Imagine a team of soldiers in the field,” said Shang. “They see a distant enemy target, but lasers used to provide guidance to the target may be visible to the enemy. With our smartphone-based system, team members could take pictures of the target and obtain a GPS location, which can be relayed via wireless networks to interested parties.”

In addition, the researchers have developed a sound-based localization method for dark or urban environments. A group of soldiers could record a sound and share it, and software would allow the soldiers to determine the location of the sound source.

“The technology is still in the early stages of development, but it holds a lot of promise,” said Shang. “If we can achieve our goals, the application will be a very useful tool for our soldiers and the general public.”

Note: Research was sponsored by the Leonard Wood Institute in cooperation with the U.S. Army Research Laboratory and was accomplished under Cooperative Agreement Number W911NF-07-2-0062. The views and conclusions contained in this document are those of the authors and should not be interpreted as representing the official policies, either expressed or implied, of the Leonard Wood Institute, the Army Research Laboratory or the U.S. Government. The U.S. Government is authorized to reproduce and distribute reprints for Government purposes notwithstanding any copyright notation heron.