MSU Researchers Show How New Viruses Evolve, And in Some Cases, Become Deadly

EAST LANSING, Mich. — In the current issue of Science, researchers at Michigan State University demonstrate how a new virus evolves, which sheds light on how easy it can be for diseases to gain dangerous mutations. 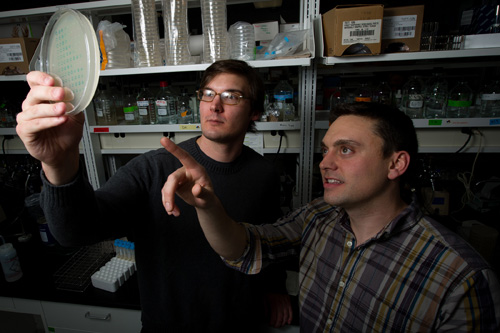 “We were surprised at first to see Lambda evolve this new function, this ability to attack and enter the cell through a new receptor – and it happened so fast,” Meyer said. “But when we re-ran the evolution experiment, we saw the same thing happen over and over.”

This paper follows recent news that scientists in the United States and the Netherlands produced a deadly version of bird flu. Even though bird flu is a mere five mutations away from becoming transmissible between humans, it’s highly unlikely the virus could naturally obtain all of the beneficial mutations all at once. However, it might evolve sequentially, gaining benefits one-by-one, if conditions are favorable at each step, he added. 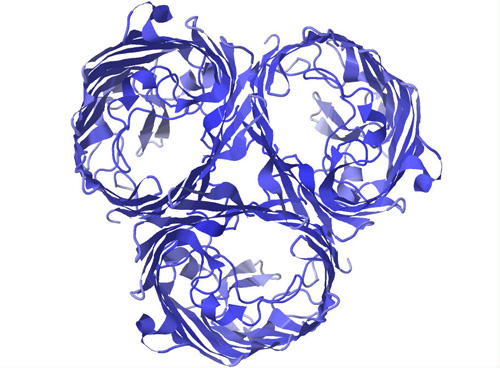 Through research conducted at BEACON, MSU’s National Science Foundation Center for the Study of Evolution in Action, Meyer and his colleagues’ ability to duplicate the results implied that adaptation by natural selection, or survival of the fittest, had an important role in the virus’ evolution.

When the genomes of the adaptable virus were sequenced, they always had four mutations in common. The viruses that didn’t evolve the new way of entering cells had some of the four mutations but never all four together, said Meyer, who holds the Barnett Rosenberg Fellowship in MSU’s College of Natural Science.

“In other words, natural selection promoted the virus’ evolution because the mutations helped them use both their old and new attacks,” Meyer said. “The finding raises questions of whether the five bird flu mutations may also have multiple functions, and could they evolve naturally?”

Funding for the research was provided in part by the National Science Foundation and MSU AgBioResearch.