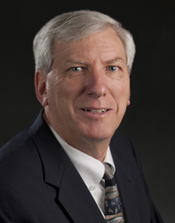 EAST LANSING, Mich. — Most survivors of extremely low birth weight grow up to become productive adults, according to a study led by a Michigan State University economist.

Extremely low birth weight is defined as less than about 2.2 pounds. About one in 200 babies is born at that size. But because relatively few survived prior to the 1980s, few studies have examined their adult outcomes.

The study led by MSU’s John Goddeeris found that while these survivors were somewhat less productive as adults, on average, than normal-weight subjects, the productivity deficits were not very large. The study, which appears in the journal Pediatrics, measured education and salary levels.

“Our findings suggest that the long-term economic impact of being born at extremely low birth weight is pretty modest for typical survivors,” said Goddeeris, professor of economics.

Survival rates for extremely low birth weight babies have improved markedly. In the United States, mortality rates for babies born between about 1.1 pounds and 2.2 pounds decreased from 58 percent in 1983 to 31 percent in 2005. Researchers believe this is due to advances in neonatal care.

Saving infants who are extremely small or extremely preterm is very expensive, the study says. Some survivors experience severe nervous-system impairments such as mental retardation, while a large fraction experience more minor learning and behavioral problems.

But the study reinforces the argument that, on the whole, advances in neonatal care have had benefits far greater than costs, Goddeeris said.

“Some extremely low birth weight survivors will remain dependent on others,” Goddeeris said, “but most make a successful transition to adulthood and become independent and productive adults. Their education and earnings levels are not so different from their peers.”

The research was funded by the National Institute of Child Health and Human Development and the Canadian Institutes of Health.