*At the Imagine Cup 2011 Worldwide Finals, dozens of student teams showcase software projects that in some cases are already improving disaster relief efforts.*

REDMOND, Wash. – July 7, 2011 – When floodwaters swept across northern Thailand last fall, Kriangkrai Pipatvilaikul knew he had to help. So he boarded a bus with fellow students from Chulalongkorn University and went to a devastated village he had seen on TV.

The students joined scores of volunteers arriving at the same village with food, water and medical supplies. As they helped with the relief effort, the group heard about a harder hit area, one that hadn’t made the news, and they decided to push on. What they found shocked them. As they paddled through the submerged town, desperate villagers surrounded their boat and tried to grab whatever food they could. The students realized no other volunteers had been there despite the short distance from the previous site.

They handed out what they could but didn’t have enough supplies for everyone. After Pipatvilaikul returned to school, haunted at having turned people away, he realized how he could help further – through software.

He tapped three classmates to create Terra, a smartphone application that allows disaster victims to instantly broadcast their location through social networks such as Facebook. It aims to help rescue workers and volunteers get to where relief is needed most – and hopefully prevent scenes like Pipatvilaikul witnessed in that submerged, neglected village.

“I want to make sure that village and others like it get noticed by everyone and get the help they need,” he said. “That was the inspiration for Terra.” 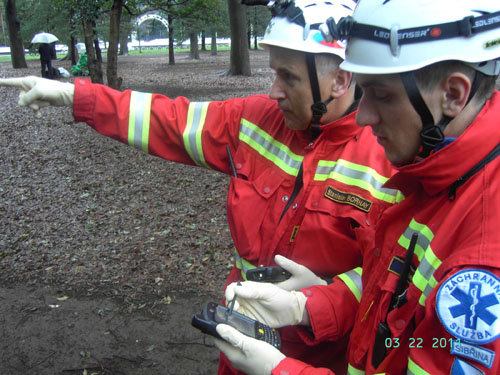 This week Pipatvilaikul and his classmates will present Terra at the Imagine Cup 2011 Worldwide Finals in New York City, which kick off July 8. The annual Microsoft-sponsored event is the world’s largest student technology competition, and it calls on students to tackle the world’s toughest problems.

It isn’t surprising that student teams such as Thailand’s Team NewKrean are taking on important issues that could save lives, said Jon Perera, general manager of Academic Programs for Microsoft.

“Many of the world’s students today don’t want to sit on the sidelines and hope that change will take place,” he said. “They want to roll up their sleeves and be a part of the solution. What we’ve done with the Imagine Cup is provide an extremely large stage and platform for students to innovate and not just compete against each other but more importantly, to build and deliver solutions that can help change the world.”

Helping on the ground in Haiti

The Imagine Cup asks students to create viable business plans for their projects, and many such as Pipatvilaikul hope to translate their ideas into companies.

A team at last year’s Imagine Cup – Czech Republic’s Team GINA – did just that. At the time its Geographical Information Assistant (GINA) software was already being used by rescue teams in Haiti after the massive earthquake there. GINA enabled first responders to use their personal digital assistants (PDAs) to do things like overlay emergency locations on multiple maps, pull global positioning system coordinates for the places they needed to go, and use touch technology to make notations on their maps. 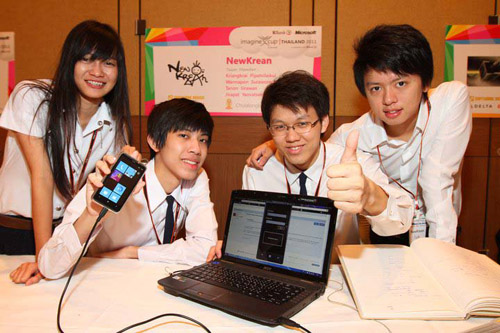 Thailand’s Team NewKrean was inspired after a flood to create software that could help guide first responders and volunteers to where relief is needed most after a disaster. From left: Wannapon Suraworachet, Jirapat Yaovatsakul, Kriangkrai Pipatvilaikul, and Tanon Sirawan. Image credit: Microsoft

Today, the former students are now entrepreneurs. They’ve built a company around GINA, which has since been deployed worldwide to help emergency workers. One week after the largest earthquake in Japan’s recorded history, Czech rescue workers were on the ground using GINA. The software has also been used in Brazil after recent flooding, and it remains popular in Haiti, where the European Union uses GINA to power its ECHO Project, which monitors the spread of cholera.

“Without the Imagine Cup, we wouldn’t have achieved what we did,” said GINA System’s Zbyněk Poulíček. Initially, the former students had viewed the Imagine Cup as just a competition, something to measure their tech skills by. “But we didn’t realize what the Imagine Cup could do for us,” he said. “The experience in Poland really changed our lives.”

Poulíček said the young business tries to improve GINA every day. But while the software has evolved to cater to new clients like security teams that need to keep track of VIPs, the overarching goal of GINA remains the same.

“Before GINA and the Imagine Cup, I couldn’t imagine how an IT guy could actually help the world, but with GINA we are doing it,” he said. “If something happens on the other side of the world, we can deploy GINA and really help the people there. It’s a really great feeling that we with programming knowledge can do something to help.”

Technology has become the great connector

Microsoft’s Perera said nearly a quarter of the projects at this year’s finals focus on disaster response. They couldn’t have come at a better time, said Claire Bonilla, director of Microsoft’s Disaster Response Team. Over the past 15 years, Bonilla has watched the number of natural disasters increase exponentially. “And they aren’t just increasing in frequency,” she said. “Today’s interconnected economy means the impact of a disaster isn’t just local anymore but truly global.” 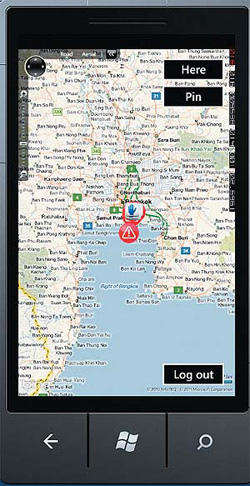 Terra allows disaster victims to broadcast their exact location through social networks in the event of a disaster to alert rescue workers, friends and family. Image credit: Microsoft

Meanwhile, first responder organizations haven’t been able to keep pace, Bonilla said. “The interesting conundrum is how do you keep up with the rate of crisis management, and this is where the Imagine Cup entries for me are incredibly exciting.”

Bonilla said today’s students aren’t just bringing their tech skills to the problem but a whole new way of thinking.

“They’re taking this new, contextually rich way of daily global communication into the field, where lives are on the line, and enabling everyday citizens to become a part of this global coordinated disaster response effort,” she said. “It’s the ability to bring together rich data sets and types – pictures, content, video – from different sources through cloud computing and create solutions applicable to multiple types of uses. Azure has been a key platform for building this integration layer in a multi-faceted and simple way.”

That ongoing evolution of technology and disaster response is having a big impact in the field, said Edward G. Happ, global CIO of the International Red Cross and Red Crescent Societies and the cofounder and chairman of NetHope. Above all, it’s helping satisfy the most important questions when disaster strikes. “Before anything else – before food, shelter and water – people want to know their loved ones are safe,” he said. “Satisfying that basic human need and desire is I think the first thing technology can address.”

At the same time technology has become the great connector, helping rescue organizations, field workers, victims, volunteers and donors connect with each other. “You can almost picture technology as being at the center of that radiating sun, if you will, of interconnectivity among people,” he said.

As a judge at this year’s Software Design competition, Happ expects to see student projects that leverage IT’s abilities to help when disaster strikes. He’s been to the Imagine Cup twice before, so he knows the bar is set high.

“I see more innovation in one week at the Imagine Cup than I’ll see five years elsewhere,” he said. “That’s because these students have no sense of limitation. I fully expect to get disrupted by students’ ideas.”

Providing the information to act

Bosnia and Herzegovina’s Team SPU hopes its FloodSim project can better prepare governments and policymakers to respond to disasters. The software predicts how water will move across a landscape in the event of a flood, tsunami or dam collapse. It also offers an alert service, where users can get notified of potential emergencies on their cell phones.

Like Team NewKrean, the students were inspired by a flood in their country, which hit their town and university last fall. Team spokesperson Igor Perić said the situation was chaotic, with buildings, roads and crops destroyed. At the same time, reliable information wasn’t getting out to citizens. One report would say the worst flooding had passed, while another would warn of more water on the way.

The students were horrified when the town’s mayor decided to dig a ditch to divert flood water from a cultural center, a move that sent the water rushing into a residential area and causing even more damage.

“If he had our software, he could have asked for a simulation of that action, and our software would show that a major part of an urban area would be flooded and it would cause more harm than good,” Perić said. “Oftentimes people just don’t have enough information to act.”

That explains why the team, while hoping to do well at the Imagine Cup, wants to see FloodSim being used by governments around the world.

“It turns out this project was done more with the heart than the mind and writing code,” he said. “We don’t care too much about the results. We only care about it being useful for real-time situations.”

All Imagine Cup competitors hope to have a real-world impact with their projects. There certainly won’t be any shortage of natural disasters where technology is needed, as Team NewKrean’s Pipatvilaikul pointed out. Not long after the flood that prompted their team to build Terra, southern parts of Thailand were also hit by flooding.

“There’s no time for volunteers to rest,” he said. “That is why we think this application will be more than useful in our country and beyond, and we hope to see it on everyone’s phones. Natural disasters aren’t just in one location, but they strike everywhere.”