Conventional wisdom has long held that Marcus Garvey’s Universal Negro Improvement Association, which advocated racial self-help and the unity of the African diaspora, grew out of the heady political and cultural environment of the Harlem Renaissance and benefited African Americans above all other black people. Any Caribbean role, according to this view, was separate and incidental to the primary legacy bequeathed to American race relations by the charismatic Jamaica native.

Now a UCLA historian argues the reverse in the first book of a multi-volume series on the Garvey movement and the Caribbean. From the UNIA’s organizational structure to its most valuable foot soldiers during its first half-decade, Garvey’s Caribbean links were indispensable to the movement’s success, and the region ultimately proved to be its most important theater, contends Robert A. Hill in “The Marcus Garvey and Universal Negro Improvement Association Papers: The Caribbean Diaspora 1910–1920.” 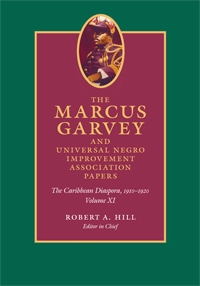 Researching the volume “was an eye-opener in many, many ways,” said Hill, a UCLA history professor and a leading authority on Garvey and the UNIA, which began in Jamaica but attained its greatest influence after Garvey established it in the U.S. in 1917. Caribbean nationals, both in America and abroad, Hill says, were the seed that grew the movement.

“Although the movement developed here and was based in America, it was predominantly a Caribbean movement, at least until federal prosecution of Garvey in the early 1920s drew the attention of African Americans and galvanized their support of him,” he said.

“The Caribbean Diaspora 1910–1920” is scheduled to be published Sept. 6 by Duke University Press. With more than 400 documents, many of them newly discovered, it is the opening salvo in the third and final series of a vast collection of primary materials by and about Garvey and the UNIA, considered the largest mass political movement in black history. Highlights from the volume include Garvey’s earliest known published work, a 1911 letter to the editor of a newspaper in Costa Rica, where he was living among fellow Caribbean expatriates employed on banana plantations; a 1912 letter to a Belize newspaper criticizing social conditions under British colonial rule in that country; and a 1920 letter written from New York to the governor of British Guiana in which Garvey says that the majority of his followers are from the English-speaking West Indies.

Hill, who is now on the cusp of retirement, has been collecting documents that relate to Garvey and the UNIA since the early 1970s. The archival results have been housed since 1977 at UCLA in the Marcus Garvey & UNIA Papers Project within the university’s James S. Coleman African Studies Center. The project is sponsored by the National Historical Publication and Records Commission of the U.S. National Archives and Records Administration. 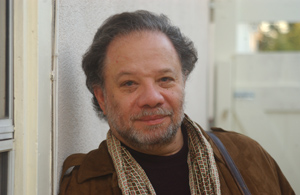 Robert A. Hill has been collecting documents relating to back-to-Africa activist Marcus Garvey since the 1970s. Image credit: University of California

“The Caribbean Diaspora 1910-1920,” the 11th volume so far in Hill’s publishing project, comes on the heels of a three-volume series exploring Garvey’s links to Africa. The project started with a seven-volume series relating to Garvey’s role in the United States. The complete edition, of which Hill is editor-in-chief, is expected to fill 15 volumes and more than 13,000 printed pages. He hopes to complete the project in 2015.

Next year marks the 125th anniversary of the birth of Garvey, a journalist, publisher, orator and political activist who was a staunch proponent of black nationalism in the United States and who is best remembered for his “back to Africa” movement of the 1920s and his support of African freedom, all under the banner of the slogan “Africa for the Africans.” He founded the Black Star Line shipping venture, which attracted wide support and helped fund his movement, but his efforts to sell stock in the venture eventually led to his conviction on mail fraud charges in the U.S. After serving three years of a five-year sentence, Garvey was deported to Jamaica in late 1927.

Garvey lived out his last years in Jamaica and England. Although he died in political obscurity in London in 1940, he eventually came to be considered the progenitor of the “black is beautiful” and Black Power movements in the U.S. in the 1960s.

“Garvey was the first man on a mass scale and level to give millions of Negroes a sense of dignity and destiny and make the Negro feel he was somebody,” Martin Luther King Jr. once said. Yet until the federal government’s 1922 indictment on mail fraud charges and his 1923 trial, only a smattering of African Americans took a major interest in the man who many would come to refer to as the “Black Moses,” Hill found.

Before that time, Garvey’s followers were largely fellow Caribbean nationals here and abroad. Hill said the UNIA, which Garvey first founded in Jamaica two years before coming to the U.S. and which he launched in New York in 1917, “took off like a rocket” between the November 1918 armistice ending World War I and the UNIA’s first major gathering in August 1920, which drew some 20,000 participants to New York’s Madison Square Garden.

The bulk of UNIA members and followers in this critical period were immigrants from British colonies in the Caribbean, who, bitterly disillusioned with the experience of British racism after patriotically serving in World War I, turned to Garvey and the UNIA. Many had worked on the construction of the Panama Canal and, following its completion in 1914, had flowed into the United States. Some 150,000 Caribbean natives are estimated to have worked on the building of the canal.

Caribbean nationals not only constituted Garvey’s main body of followers, but they served as the primary vectors for disseminating the message of the UNIA. Within the U.S., Caribbean immigrants spread Garvey’s reach by introducing his message to widely scattered communities outside of large African American population centers, including Detroit; Pittsburgh; Newport News, Va.; New Orleans; Charleston, S.C.; New Madrid, Mo.; Jacksonville, Fla.; Miami; Los Angeles; and Riverside, Calif. Meanwhile, Caribbean nationals spread Garvey’s message throughout the West Indies and the countries of Central and South America, where they had been employed on the Panama Canal and on the railroads and banana plantations of the United Fruit Company, a U.S. conglomerate that specialized in the tropical fruit trade.

“Without the immigrant base, it seems unlikely that the Garvey movement would ever have arisen on the scale that it did nor as rapidly as it did,” Hill said. “The two were symbiotic.”

In fact, the UNIA’s basic organizational structure was modeled on the “friendly societies” of the Caribbean. Caribbean immigrants brought these popular fellowship organizations with them to the United States, Hill found. Between the period of slave emancipation in the 1830s and World War II, these “friendly societies” formed the organizational bedrock of Caribbean society wherever these immigrants settled. Offering funeral and sick benefits, the societies served as gathering places, melding social and cultural needs with political organization. To attract followers, the UNIA adopted the same roles and became practically indistinguishable from these ethnic fellowship organizations.

“No matter where they lived, large numbers of immigrants from the Caribbean identified very strongly with the UNIA and with Garvey because the UNIA became a way of maintaining their cultural identity and connection with the rest of the Caribbean,” Hill said. As a result, Garvey’s efforts helped forge a common ethnic identity for immigrants from Jamaica, Barbados, Trinidad, Antigua, Grenada, St. Vincent, St Lucia, the English-speaking Virgin Islands and the Bahamas.

“Even though Garvey was from Jamaica, citizens of other West Indian territories identified in large numbers with him,” Hill explained. “The Caribbean diaspora’s new sense of ethnic unity forged in the United States became the launching pad for this amazing movement, as well as reinforced the wider sense of Caribbean identity.”

Following his deportation from the U.S., Garvey returned to Jamaica, where he was involved in politics and sought but failed to get elected to the colonial legislature there. However, he succeeded in launching the English colony’s first political party. Indeed, the most lasting impact of Garveyism was felt in the formerly colonial Caribbean, where his followers went on to agitate successfully for the establishment of trade unions, political parties and cultural institutions and, ultimately, for self-government. “Garveyism was the political spark that led the way forward and fed that transformation,” Hill said.

Garvey’s resulting impact created a long paper trail, enriching and complicating Hill’s task. “Because the Garvey movement represented such a novel challenge to colonial rule, every territory in the Caribbean collected and carried out surveillance on the movement and on Garvey,” Hill said. “So the archives in each territory had a copious amount of material that had to be collected, edited and annotated.”