COLUMBIA, Mo. ­— Years of research has proven that saturated and trans fats clog arteries, make it tough for the heart to pump and are not valuable components of any diet. Unfortunately, they are contained in many foods. Now, a University of Missouri research team has developed a soybean which produces oil that is naturally low in saturated and trans fats.

“When we started this research, we were looking at three factors,” said Kristin Bilyeu, a researcher with the USDA Agriculture Research Service located in the College of Agriculture, Food and Natural Resources at MU. ‘We needed a heart-healthy oil. It needed to be stable with a good shelf life. Finally, it needed to be economically feasible. Oleic acid is a stable component of oil and is not a saturated fat.

It does not require hydrogenation, which stabilizes oil but creates trans fats. Oleic acid is the main component of olive oil, but is not a large component in soybean oil. We set out to help the soybean produce more oleic acid in the beans.”

Back in the 1970s, scientists discovered that saturated fats, which can be found in foods such as cream, cheese and butter, were bad for the heart. While searching for a substitute, researchers targeted soybean oil. But because soybean oil spoiled when heated, producers had to hydrogenate the oil to keep it stable, thus creating trans fats. 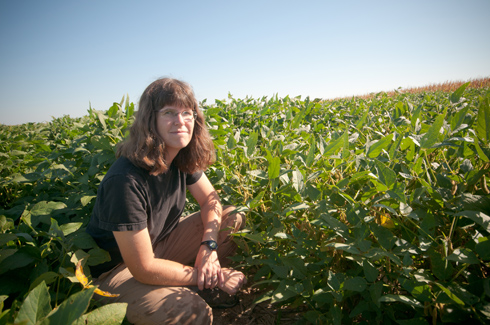 About the image: Kristin Bilyeu, a researcher with the USDA Agriculture Research Service located in the MU College of Agriculture, Food and Natural Resources, has developed a soybean plant that produces an oil that is low in saturated and trans fats. Image credit: University of Missouri 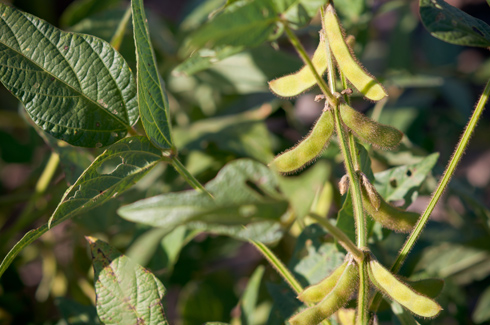 About the image: These soybeans, which produce an oil that is low in saturated and trans fats, were developed by MU researchers through a natural breeding process. Image credit: University of Missouri 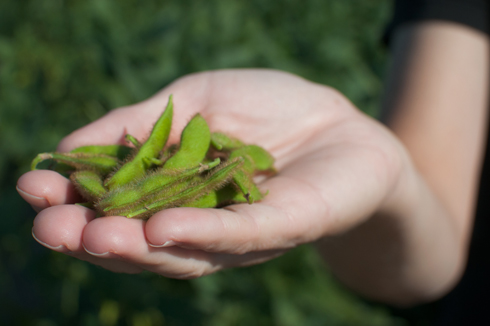 About the image: The next step for the MU researchers is to determine if the plants will have an economically feasible yield. Image credit: University of Missouri

Through natural pollination procedures, Bilyeu and Grover Shannon, professor of plant sciences at MU, developed a soybean oil that was very high in oleic acid, which not only stabilized the oil, but also made it healthier. The natural breeding increased oleic acid in the bean from 20 percent to 80 percent and decreased the amount of saturated fat in the oil by 25 percent.

Additionally, because the new oil is more stable, it doesn’t require hydrogenation, which typically rids the oil of Omega-3 fatty acids, which are good supplements for the human heart.

The next step of the research is determining whether this soybean will produce economically viable yields in different environments. Soybeans are grown in nearly every climate in the middle of the country. Preliminary results look promising.

A byproduct from the study is that this soybean oil not only has health benefits but also can be attractive to the biodiesel market, according to Bilyeu. The high amount of oleic acid gives the soybean oil certain characteristics that make it good for biodiesel. The study is being published in BMC Plant Biology.