COLUMBIA, Mo. – Currently, many recent college graduates still face the daunting task of searching for a job. While the job search process can be long and exhausting, a University of Missouri researcher has found that maintaining positivity and staying motivated can lead to a more successful job search.

“The search for a job can be stressful time in anyone’s life, especially first-time college graduates,” said Daniel Turban, professor of management at the MU Trulaske College of Business. “Job searching isn’t rewarding until the end of the search when a job is actually secure.” 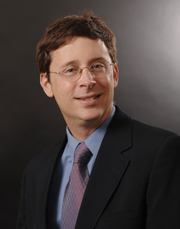 “Negative and positive affectivity aren’t polar opposites and it is possible for people to show signs of both,” Turban said. “People with positive affectivity may have more energy, be more optimistic and recover quicker from stressful events. These traits cause them to be more proactive in the job search because they can recover faster from rejection.”

Turban suggests that it is important to stay positive and maintain motivation throughout the entire job search.

Turban also says that it is important to note that affectivity and personality are not the same things. A person may be able to change their affectivity for a short period of time during a job search and maintain motivation, but their personality can revert back to other traits after the search is over.

“Unlike affectivity, personality can take much longer to change and requires much more work than changing your affectivity during a job search,” Turban said.

The study “Be Happy, Don’t Wait: The Role of Trait Affect in Job Search” was published in Personnel Psychology.