Study Points to Need for Interventions That Address Neighborhood Poverty

COLUMBUS, Ohio – Living in a poor neighborhood as an adolescent is linked to an increased risk of getting the sexually transmitted infection (STI) chlamydia in young adulthood, according to new research.

Ohio State University researchers analyzed data from a large national study that tracked youths over time. The analysis suggested that children who lived in poor neighborhoods during their teenage years had an almost 25 percent greater risk of having chlamydia in their early 20s – even if they themselves weren’t poor – than did teenagers living in wealthier settings.

The effect of living in an impoverished neighborhood on the risk for later infection was unaffected by other known STI risk factors, such as depression, having multiple sex partners or beginning sexual activity at a very young age.

“There is a long-term effect of living in poverty on the risk for sexually transmitted infections in young adulthood, above and beyond behavioral issues,” said Jodi Ford, lead author of the study and an assistant professor of nursing at Ohio State. “We have a lot of interventions trying to address sexual risk behaviors, but few target neighborhood poverty and disadvantage. And this work shows that living in a poor neighborhood can have a long-term effect on health.”

Ford conducted the research with Christopher Browning, professor of sociology at Ohio State. The study is published in a recent issue of the Journal of Urban Health. 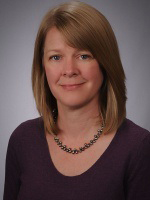 Ford and Browning accessed data from the National Longitudinal Study of Adolescent Health (Add Health) to conduct the analysis. The sample they studied included data from three separate interviews of 11,460 youths who participated in the national project. When they were first interviewed, the average age of the children studied was 15.6 years; by the time of the third interview, these same participants were between 18 and 27 years old.

The prevalence of chlamydia among the young adults surveyed was 4.6 percent – relatively low compared to what national data suggest, Ford said. That could be because the national longitudinal study from which she drew her sample took place in schools, meaning it did not capture portions of the population who had dropped out prior to the beginning of the Add Health study.

Chlamydia is a bacterial infection that can affect both men and women, but can cause scarring and infertility issues in women if the infection persists. An estimated 2.86 million infections occur annually, according to the Centers for Disease Control and Prevention, but many are not reported because most people do not have symptoms and do not seek testing.

“Adolescents and young adults are the most likely to experience chlamydia infection in the United States. This study strengthens the evidence that to fully address the sexual health needs of this population, STI prevention efforts should also acknowledge the effects of neighborhood poverty,” Ford said.

By applying statistical modeling to the data, Ford determined that young adults who lived in a neighborhood with higher concentrations of poverty during their adolescence had higher odds of testing positive for chlamydia in their early 20s compared to their more advantaged peers.

The researchers also examined whether risky sexual behaviors or depression occurring during the transition from adolescence to young adulthood explained the relationship between adolescent poverty and chlamydia risk, but the findings were not significant. This means the significant effect of exposure to neighborhood poverty during adolescence on chlamydia risk during young adulthood was not because of an increased likelihood of sexual risk-taking behaviors or depression.

This analysis of data on a broad level does not address the reasons behind how living in an impoverished area can affect health later in life. The work is part of Ford’s ongoing investigation of how neighborhoods can influence risk for depression, infectious disease and other health problems in vulnerable populations.

She continues to use data from the Add Health project, which was funded by the Eunice Kennedy Shriver National Institute of Child Health and Human Development.