Using Facebook too much can lead to cheating, breakup and divorce

COLUMBIA, Mo. ­— Facebook and other social networking web sites have revolutionized the way people create and maintain relationships. However, new research shows that Facebook use could actually be damaging to users’ romantic relationships. Russell Clayton, a doctoral student in the University of Missouri School of Journalism, found that individuals who use Facebook excessively are far more likely to experience Facebook–related conflict with their romantic partners, which then may cause negative relationship outcomes including emotional and physical cheating, breakup and divorce.

In their study, Clayton, along with Alexander Nagurney, an instructor at the University of Hawaii at Hilo, and Jessica R. Smith, a doctoral student at St. Mary’s University in San Antonio, surveyed Facebook users ages 18 to 82 years old. Participants were asked to describe how often they used Facebook and how much, if any, conflict arose between their current or former partners as a result of Facebook use. The researchers found that high levels of Facebook use among couples significantly predicted Facebook-related conflict, which then significantly predicted negative relationship outcomes such as cheating, breakup, and divorce. 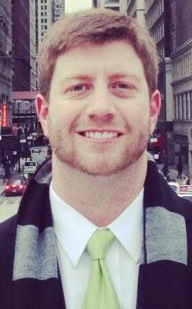 “Previous research has shown that the more a person in a romantic relationship uses Facebook, the more likely they are to monitor their partner’s Facebook activity more stringently, which can lead to feelings of jealousy,” Clayton said. “Facebook-induced jealousy may lead to arguments concerning past partners. Also, our study found that excessive Facebook users are more likely to connect or reconnect with other Facebook users, including previous partners, which may lead to emotional and physical cheating.”

Clayton says this trend was particularly apparent in newer relationships.

In order to prevent such conflict from arising, Clayton recommends couples, especially those who have not been together for very long, to limit their own personal Facebook use.

“Although Facebook is a great way to learn about someone, excessive Facebook use may be damaging to newer romantic relationships,” Clayton said. “Cutting back to moderate, healthy levels of Facebook usage could help reduce conflict, particularly for newer couples who are still learning about each other.”

This study is forthcoming in the Journal of Cyberpsychology, Behavior and Social Networking.