‘Lincoln as Realist and Revolutionist’: Five things to know about the 16th president

More than two centuries after his birth, Abraham Lincoln’s legacy is still being debated: Was our 16th president a cautious political pragmatist or a bold revolutionary?

Yale University professor and Lincoln scholar David Bromwich spoke to UChicago News about Lincoln and why he continues to fascinate us.

Why were you interested in the tension between Lincoln as moderate and Lincoln as radical?

The fast way of saying it is because he was both things. I’ve found people who have an interest in Lincoln more or less divide into two groups—people who think of Lincoln as a great pragmatist who saved the union and never insisted on his anti-slavery stand too much at the wrong moment; and on the other hand, people who believe that he was a radical who cared about the abolition of slavery and pushed as hard as he could to get it. You have these two different views of him, and they are anchored in different groups of documents and different kinds of evidence. I want to bring them up against each other and say why I think that—for this moment—it’s Lincoln’s well-earned status as a revolutionary we’re apt to neglect.

What is unusual and important about Lincoln as a writer?

He has a plain style that is very audibly anchored in colloquial American speech—you could even say Midwestern speech. But he’s also a majestic writer who can manage long and deliberately complex pieces of eloquence in a sentence or a paragraph the way great and accomplished writers do. In the slow, drawling humor, there’s some resemblance to Mark Twain. Lincoln is a distinctively American writer, just as Walt Whitman—his almost exact contemporary—is a distinctively American writer. 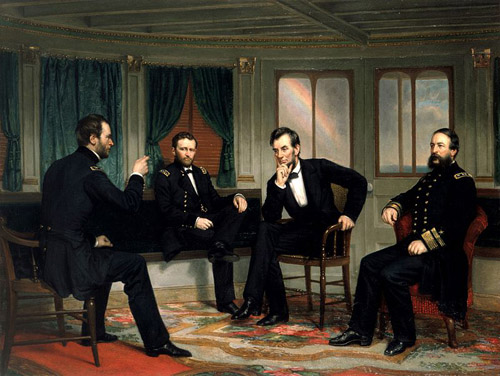 Do you see parallels between the political culture of Lincoln’s era and today?

The 1850s were a violent time of sectional conflict and of demonstrations that tilted toward fractiousness and even physical violence—actually, a more dangerous time than ours, if you think of the events of Bleeding Kansas. I hope we’re not drifting toward that, but the resemblances are along those lines much more than anything concerning political rhetoric and political debate.

There was, per capita in Congress, more political interest and more political talent than there is now. But we shouldn’t rate Lincoln’s era too highly or be misled by, say, the Lincoln-Douglas debates. Those were singular, even in their time—and they were recognized to be such—and they were admired as an example of the American republic showing just what honest conditions of free speech can do.

What do you wish people knew about Lincoln? What misconceptions do we have about him?

I actually think the standard point of view from which he was admired for a long time in our politics—by black people who considered him a great liberator, by Republicans who thought of him as the best representative of high politics and government by people who had mastered politics, and by people more democratically inclined who saw him as a hero of the expansion of rights—I think all those views of what made Lincoln remarkable had a lot of truth in them. The more contemporary preoccupation with such questions as “How racially enlightened was Lincoln? Would he have favored affirmative action?” tends to obscure the nature of his character and his accomplishment.

What I would always recommend is that people read about him—read a good biography, and read Lincoln. He’s very readable. You can begin to feel your way into the particularities of his period and get the hang of how it is that Lincoln reasons and how it is that he argues.

Why do you think Lincoln continues to fascinate us so much?

Lincoln was an American leader with enormous power whom we can accurately judge to have used his power for good. He did it because he wanted to and he thought about the way he was going to do it. We can measure the evidence and measure the man that way. He is a striking vindication of the idea that politics matters, and there is such a thing as political knowledge and such a thing as genuine command in politics. There’s no other figure not only in American history, but in modern history, quite like him. He performed the single most remarkable action by a recorded figure in history: He ended slavery in a country where millions were in bondage.

*Source: The University of Chicago (with slight edition from the original version)