But even while the guidelines offer slight disagreements about whether, for example, a 40-year-old woman should begin annual screening mammograms, experts stress the recommendations have more in common than not. And starting this week, the American College of Obstetricians and Gynecologists (ACOG) hopes to reach a consensus among the groups at a conference it is hosting in Washington, D.C.

“We saw this as a good next step,” said Dr. Mark DeFrancesco, President of ACOG. “There are different ways of interpreting evidence. We want to have stakeholders around the same table and try to find agreement.” 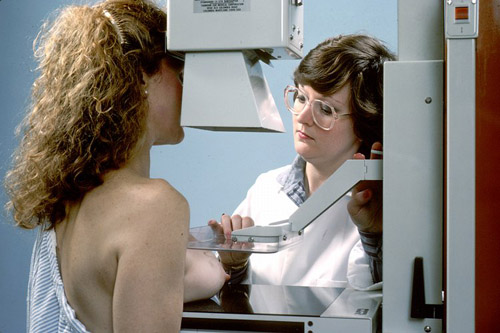 Approximately 224,000 women are diagnosed with breast cancer in the United States each year, and each year it kills nearly 41,000 women. Among American women who are 40 years old today, nearly 4 percent will develop breast cancer sometime before they reach 60, and the rates increase with age.

The American Cancer Society (ACS) suggests that 40-44-year-old women should have the choice to start annual mammograms but only recommends that 45-54-year-old women get the annual screenings, with women 55 and older switching to screenings every other year and a choice to continue yearly screening.

The U.S. Preventive Services Task Force (USPSTF) suggests that annual mammograms for women between the ages of 40 and 49 should be an individual choice. The group recommends biennial screening mammography for women aged 50 to 74.

One source of the conflicts stems from the groups possibly using different health outcomes to inform their recommendations. It’s also likely that the groups assign differing weights to the potential benefits of early detection compared with the harms of false positive test results leading to unnecessary biopsies and the diagnosis and treatment of cancer that would have otherwise gone undetected and not threaten the patient’s health.

USPSTF Vice Chair Dr. Kirsten Bibbins-Domingo said the group plans to send a representative to the ACOG meeting to present the evidence that informed their 2016 final recommendations, adding that the evidence will also be posted on the USPSTF website (www.uspreventiveservicestaskforce.org) so patients and health care professionals can learn more about the science the group reviewed.

Dr. Bibbins-Domingo said that the USPSTF is an independent panel that cannot sign any consensus documents. But she said that most groups agree that mammography is a valuable tool to reduce deaths from breast cancer and that those benefits increase with age.

“Support of a personal, informed choice for women in their early 40s is a widely shared notion,” Bibbins-Domingo said. “We hope that the groups attending this meeting and others will focus on what the science shows about the balance of benefits and harms.”

“We still have much to learn about regional, racial and ethnic disparities in the prevalence of certain cancers, as well as individual risks based on family history,” Mazure said. “But we can all agree that individuals deserve the choice to know as much as possible as soon as possible when it comes to their risk for developing potentially life-threatening diseases. Our hope is that ACOG’s meeting will find agreement on how to assess the available data and reach a coherent, shared conclusion to benefit everyone.”