Twenty years after the hormone leptin was found to regulate metabolism, appetite, and weight through brain cells called neurons, Yale School of Medicine researchers have found that the hormone also acts on other types of cells to control appetite.

Published in the June 1 issue of Nature Neuroscience, the findings could lead to development of treatments for metabolic disorders such as obesity and diabetes.

“Up until now, the scientific community thought that leptin acts exclusively in neurons to modulate behavior and body weight,” said senior author Tamas Horvath, the Jean and David W. Wallace Professor of Biomedical Research and chair of comparative medicine at Yale School of Medicine. “This work is now changing that paradigm.” 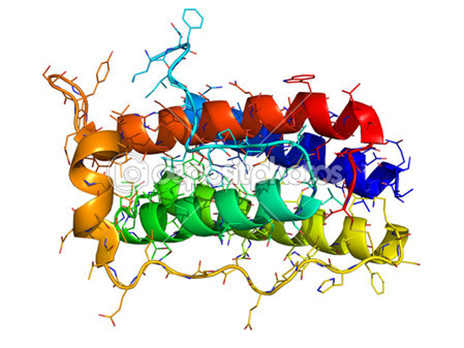 Leptin, a naturally occurring hormone, is known for its hunger-blocking effect on the hypothalamus, a region in the brain. Food intake is influenced by signals that travel from the body to the brain. Leptin is one of the molecules that signal the brain to modulate food intake. It is produced in fat cells and informs the brain of the metabolic state. If animals are missing leptin, or the leptin receptor, they eat too much and become severely obese.

Leptin’s effect on metabolism has been found to control the brain’s neuronal circuits, but no previous studies have definitively found that leptin could control the behavior of cells other than neurons.

To test the theory, Horvath and his team selectively knocked out leptin receptors in the adult non-neuronal glial cells of mice. The team then recorded the water and food intake, as well as physical activity every five days. They found that animals responded less to feeding reducing effects of leptin but had heightened feeding responses to the hunger hormone ghrelin.

“Glial cells provide the main barrier between the periphery and the brain,” said Horvath. “Thus glial cells could be targeted for drugs that treat metabolic disorders, including obesity and diabetes.”