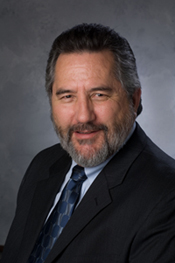 EAST LANSING, Mich. — Latinos still tend to favor Democratic candidates, although Latinos who identify themselves as Republicans are more likely to vote in the Nov. 2 midterm elections, a Michigan State University scholar says.

“While Latinos in general are much more likely to support the Democratic Party, when it comes down to it, Latino Republicans may be more likely to show up at the polls on Tuesday,” said Rubén Martinez, director of MSU’s Julian Samora Research Institute.

Martinez predicts that more than 85,000 Latinos in Michigan will vote next week, according to an analysis of the past three midterm elections (1998, 2002 and 2006).

“The question is, which way will they vote?” Martinez said. “No one can definitively answer that, but it is most likely that Latino voters will continue to favor Democrats, particularly in a political environment where Republicans have become symbolic of anti-immigration and closed borders at a time when immigration continues to rank among the top five issues for Latinos.”

But the Republicans may get a boost if – as the national survey suggests – Latino Democrats don’t go to the polls in large numbers, Martinez said. He added that Latinos are 32 percent less likely to vote in midterm elections than non-Latino voters.

“Whether they go to the polls or not, Latinos are likely to impact the outcome of the election,” Martinez said. “The aftermath of Nov. 2 will provide insight into the role that Latino voters play in a country that ranks 120th across the globe in terms of voter turnout.”