Killing of Bin Laden Offers Insight into “The Business of Martyrdom”

COLUMBUS, Ohio – The way the U.S. military killed Osama bin Laden sent a message every bit as powerful as the fact that he was killed in the first place, according to the author of a new history of suicide bombing.

The fact that bin Laden was killed by a team of highly trained soldiers – and not by a drone or bomb – spoiled the grand narrative of brave Muslim fighters vs. U.S. technology that bin Laden and al Qaeda had developed in their war against the United States.

“Bin Laden had built up this image of himself and al Qaeda as a morally superior David against the technological Goliath that is the United States,” said Jeffrey Lewis, a lecturer in the International Studies program at Ohio State University.

“But bin Laden was killed by people who risked their lives to get to him. The United States could have flattened the compound with a bomb, but we took a risk in order to apprehend or kill him. And we made sure that we got the man responsible for the 9/11 attacks, without a lot of other casualties. It sent a message to the Muslim world that we were after justice and not revenge.”

Lewis is author of the new book The Business of Martyrdom: A History of Suicide Bombing (Naval Institute Press, 2012). 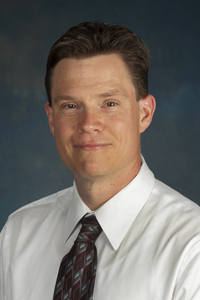 In the book, Lewis discusses how suicide bombers were essential to bin Laden’s narrative, because they were supposed to show how al Qaeda relied on people of faith over technology to gain victory over their enemies.

But bin Laden was wrong in his belief that al Qaeda didn’t rely on technology, according to Lewis. The key to understanding suicide bombing – and to preventing it – is to realize that suicide bombers are essentially a form of technology themselves.

In fact, Lewis came to the subject of suicide bombing through his background studying the history and philosophy of technology, particularly biotechnology.

“When people used the term “smart bomb” as a metaphor for suicide bombing, it always seemed to me that it was more than just a metaphor,” he said.

“When you view suicide bombing as technology, you understand its complexity. It requires you to see that there are users in the system – people who are using the technology. And then you understand that the bombers themselves are not lone psychopaths, as we often view them. Instead, they are people being used by other people to reach specific goals – just like we use smart bombs or other types of technology to reach our goals.”

Terrorist organizations try to gain the capability to produce suicide bombers in the same predictable ways that the United States and other countries produce smart bombs.

“They are taking martyrdom, which is a rare and noble human action, and trying to regularize it. They are mechanizing martyrdom,” he said.

Lewis said that any kind of technology can only be understood as part of a larger system that includes the users of the technology and the larger society in which they operate.

In this case, suicide bombers are the technology, and terrorist organizations like al Qaeda are the users. 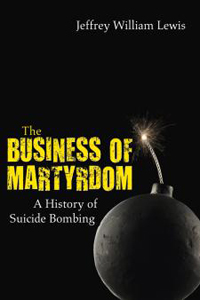 Lewis said that while suicide bombing may often be successful in its tactical goals of killing the enemy, it is actually very difficult to convince their own societies that it is worth it.

“Suicide bombing only works if there is a tacit agreement between the organization promoting it and the society at large that this use of people is in fact authentic. For martyrdom to be authentic it has to look like the free choice of the individual. Authenticity is central to martyrdom. If it looks like a group is tricking young people, or intimidating them into become suicide bombers, society will not accept it.

“That’s the whole trick of managing suicide bombing: you are using people and you are trying to convince people that you are not using them,” he said.

The fact that suicide bombing relies on a web of relationships between users, society and the bombers themselves means that there are actually many ways to stop suicide attacks, Lewis said.

“For suicide bombing, like all forms of technology, there are more ways for it to fail than for it to succeed,” he said.

One way is to simply block use of the technology – the suicide bombers, in this case. This is what the Israelis have done in building physical barriers between their territories and those held by Palestinians.

Another way is to destroy the organizations that sponsor suicide bombing. Sri Lanka was rocked by attacks from a group called the LTTE from the 1970s through 2009, when the group was defeated by the Sri Lankan government and the leadership died or was killed. No suicide bombings have occurred since.

Finally, opponents can help defeat societal support for suicide bombing. “Suicide bombing organizations have to build a believable narrative to have success and the support of their society, and you can attack that narrative,” Lewis said.

For example, Lewis said the U.S. invasion of Iraq inadvertently drove moderate Iraqis into the hands of extremists, building support for the use of suicide bombing there. However, once the U.S. began working closely with various Iraqi groups, support for suicide bombing faded.

One reason that suicide bombing will continue is that terrorist leaders don’t often consider whether these attacks actually help them achieve their political goals, Lewis said.

“They let the tactical success of individual attacks blind them to the fact that they aren’t achieving their strategic, political goals. They become short sighted.

“I don’t see suicide bombing going away. Just because it is not doing what people want it to do, there are some groups that are going to keep trying.”