COLUMBIA, Mo. — In December of last year the New York Post published images of a man about to be killed by a train while several bystanders did little to help him. Numerous studies have provided evidence that people are less likely to help when in groups, a phenomenon known as the “bystander effect.” Those studies examined situations where only one person was needed to take action to help another. A University of Missouri anthropologist recently found that even when multiple individuals can contribute to a common cause, the presence of others reduces an individual’s likelihood of helping. This research has numerous applications, including possibly guiding the fundraising strategies of charitable organizations.

“In our study, individuals who didn’t want to share money tended to influence others to not share money,” said Karthik Panchanathan, assistant professor of anthropology in the College of Arts and Science. “We don’t know what psychological mechanism caused that, but perhaps potential givers did not want to be ‘suckers,’ who gave up their money while someone else got away with giving nothing. Selfish behavior in others may have given individuals an opportunity to escape any moral obligation to share that they might have felt.”

Panchanathan’s study may illuminate how fund-raising campaigns can be influenced by social factors. Aid organizations already make use of this by emphasizing the personal aspect of charity donations. For example, advertisements pleading for donations to end hunger will often show a single famine-stricken child’s face and emphasize the impact of an individual’s donation on the life of a particular child by sending thank-you letters from that child.

“In the bystander effect, if an individual thinks they are the only one who can help, they are more likely to help,” said Panchanathan. “Under some circumstances, this also means the victim is more likely to be helped.” 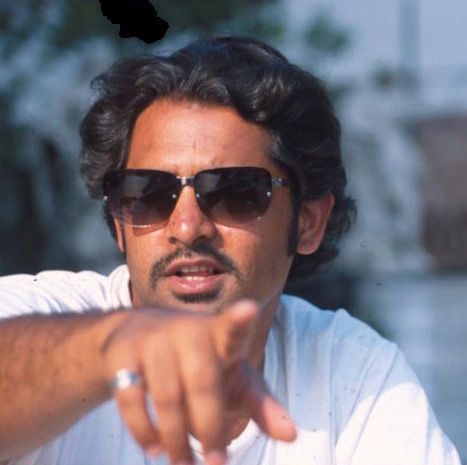 Karthik Panchanathan, assistant professor of anthropology in the College of Arts and Science. Karthik Panchanathan recently found that even when multiple individuals can contribute to a common cause, the presence of others reduces an individual’s likelihood of helping. Image credit: University of Missouri

Charities and other fundraising operations can learn from the MU study by noting the influence that an individual’s attitude can have on others and on the effect that group size can have on generosity.

Panchanathan’s study was divided into three separate experiments. In each experiment, givers were allotted money that they could either give to a recipient or keep for themselves. No reason was given for why they should share their money.

Experiment 1: No communication was allowed among givers. Givers were either solitary or in groups of two or three. The solitary givers donated the largest average amount of money compared to all other groups in every version of the experiment. Recipients went home with nearly twice as much when there was only one giver compared to when there were 2 or 3 givers.

Experiment 2: Each member of a pair of givers could see what the other had donated, but couldn’t directly communicate with them.

Experiment 3: Pairs of givers could send text messages to each other and discuss how much money to donate. This situation resulted in the largest number of pairs donating nothing.

“Communication among givers and knowledge of others’ donation amounts increased the variability in the quantity of money given,” said Panchanathan. “We had hypothesized that the ability to reason with the other givers would have encouraged more equitable distribution of money, but instead we found that it resulted in some groups giving very little and others giving significantly more.”

Participants in the experiments answered a set of questions that classified them as either “pro-self” or “pro-social.” Pro-self individuals tended to prefer keeping all of the money for themselves, whereas pro-socials were more likely to give enough money to result in an even distribution of wealth. However in experiment 3, when a pro-self person was paired with a pro-social individual, the arguments of the pro-self person tended to overwhelm those of the pro-social individual.

“The pro-socials caved to the pro-selfs,” said Panchanathan. “Generally, people who started off refusing to give anything would not budge. If one person gave nothing, their partner would tend to reduce the amount they gave, even if that partner had originally argued for giving a larger sum.”

The study, “The bystander effect in an N-person dictator game,” was published in the journal Organizational Behavior and Human Decision Processes.  Co-authors were Willem E. Frankenhuis of Central European University and Joan Silk of Arizona State University.