·          Power Systems Linux Center in Montpellier, France:  The new center is among a growing network of centers around the world  where software developers  can build and deploy new applications for big data, cloud, mobile and social business computing on open technology building blocks using Linux and the latest IBM POWER7+ processor technology.  The first center opened in Beijing in May. Additional centers are located in New York, NY, and Austin, Texas.

·          Linux on Power development cloud: To serve the growing number of developers, Business Partners and clients interested in running Linux on Power Systems, IBM is expanding its Power Systems cloud for development.  The no-charge cloud service is ramping up its infrastructure to provide more businesses the ability to prototype, build, port, and test Linux applications on the Power platform as well as applications built for AIX and IBM i. 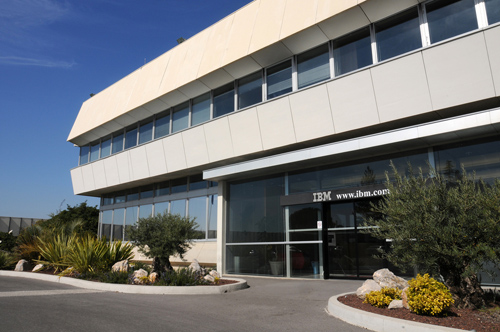 “Many companies are struggling to manage big data and cloud computing using commodity servers based on decades-old, PC era technology. These servers are quickly overrun by data which triggers the purchase of more servers, creating un-sustainable server sprawl,” McCredie explained.  “The era of big data calls for a new approach to IT systems; one that is open, customizable, and designed from the ground up to handle big data and cloud workloads.”

Jim Zemlin, Executive Director of the Linux Foundation commented on the investment stating, “The last time IBM committed $1B to Linux, it helped start a flurry of innovation that has never slowed. IBM’s continued investments in Linux for Power Systems is welcomed by the Linux community.  We look forward to seeing how the Power platform can bring about further innovation on Linux, and how companies and developers can work together to get the most out of this open architecture.”

McCredie also addressed how Watson, IBM’s cognitive computing solution that gained fame as the first non-human to win the Jeopardy! game show and now available in a variety of industry solutions, runs on commercially available Power Systems servers running Linux — demonstrating how the Linux and Power combination is fueling a new era of computing.

Today’s news comes on the heels of IBM’s recent OpenPOWER announcement that makes the IBM POWER microprocessor available under license to other companies for open collaboration and development. The consortium marks the first time that IBM is making its key server hardware available to drive open innovation.

IBM has participated in and led a wide range of open source projects since 1999, and today this includes OpenPOWER, OpenStack, Hadoop, OpenDaylight, KVM, Apache and Eclipse in addition to Linux.  Hundreds of IBM programmers and engineers around the world are contributing to open source and driving open innovation as part of the collection of global open source communities.

To learn more about IBM and Linux, go to www.ibm.com/linux.