‘I sold my kidney … to repay the loans’

Selling a kidney or part of one’s liver to pay off loans is becoming increasingly common in Bangladesh, where desperate villagers are being exploited by human organ traffickers, a Michigan State University researcher has found.

In a small village near Joypurhat in northern Bangladesh, Selina Akther sold a kidney to repay her husband’s microcredit loans and now suffers from daily pain and the scorn of fellow villagers. Her husband, brother-in-law and father-in-law also sold a kidney.

The brother-in-law, Mohammed Saharul Islam, said he was in a “dire economic situation” because he couldn’t pay back multiple microcredit loans. The collateral-free loans (with an average size of about $50) allow villagers to start small businesses such as a chicken farm or food stand, although critics say the popular program can quickly lead to a dangerous cycle of debt.

“I sold my kidney from the pressure to repay the loans,” Islam said. 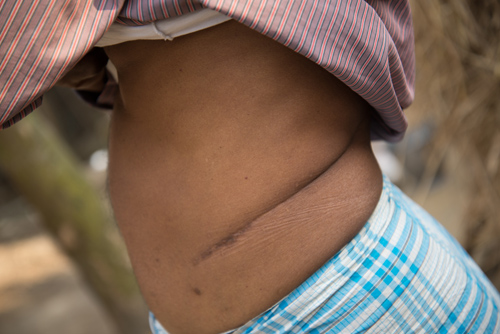 Monir Moniruzzaman, a medical anthropologist at MSU, is documenting the disturbing trend as part of his latest research. See a video of Moniruzzaman in Bangladesh here.

Twelve years ago, when Moniruzzaman started researching human organ trafficking in his native Bangladesh, it was relatively rare from village to village, an underground phenomenon. Today, the illegal sale of organs from living donors is so pervasive in the impoverished country that entire families have been exploited, transplant centers are much easier to find and husbands commonly pressure their wives to sell an organ, Moniruzzaman said.

“The market has widely expanded since I began looking into it,” said Moniruzzaman, whose fieldwork in 2005 exposed the black market for human organs and led to a seminal paper last year in Medical Anthropology Quarterly. “Unfortunately, it’s a mundane practice now – in Bangladesh and other poor regions around the world.” 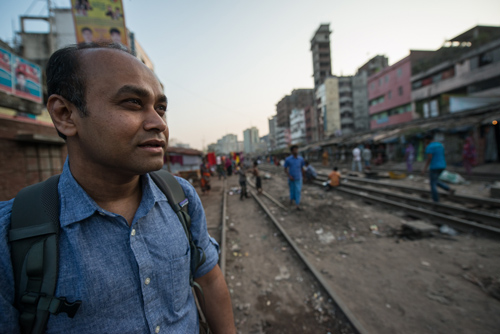 MSU researcher Monir Moniruzzaman visits a slum in Dhaka, Bangladesh. Moniruzzaman said many poor, desperate villagers are being exploited to sell an organ to wealthy donors. Photo by Kurt Stepnitz

With his latest research Moniruzzaman is documenting the many ways organ trafficking has infiltrated Bangladesh. This includes the growth of the human liver trade in which poor, vulnerable residents are fooled into selling part of their livers under false promises that they will get rich from the sale and that the liver will grow back.

Moniruzzaman said organ sellers are exploited by unethical brokers and recipients who are often Bangladeshi-born foreign nationals living in places such as the United States, Europe and the Middle East. Because organ-selling is illegal, the brokers forge documents indicating the recipient and seller are related and claim the act is a family donation. Many of the sellers are uneducated and do not understand the importance of the liver and kidneys. 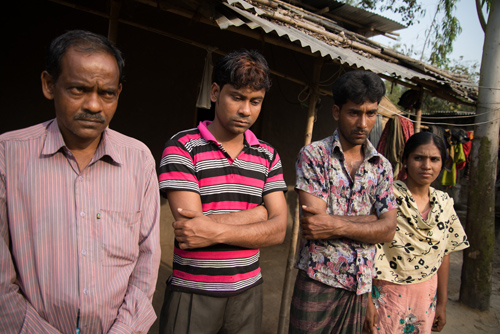 A family of four each sold an organ to repay loans in Bangladesh. They are, from left, Janan Alam, Mohammed Saharul Islam, Mohammed Meherul Islam and Selina Akther. Photo by Kirk Mason

Moniruzzaman has delivered his research findings and recommendations on organ trafficking to both the Tom Lantos Human Rights Commission of the U.S. Congress and the U.S. Senate Committee on Foreign Relations.

Among his recommendations, he said the United States should play an active role in helping the global community recognize and crack down on organ trafficking in Bangladesh and elsewhere.

This research is being featured in the MSU’s president’s report – for more information on this research and other projects visit SPARTANS WILL. 360.