How Politics Stands in the Way of Real Energy Solutions

In energy policy, political polarization often gets in the way of commonsense solutions to problems.

General Electric recently announced a technological advance that would allow pipeline companies to use drone-mounted cameras to inspect their lines for corrosion and leaks. This is the kind of development that could, with the right regulatory support, make huge strides toward preventing costly and harmful spills and solving other important problems afflicting America’s aging pipeline infrastructure.

But it won’t go anywhere if conservatives don’t acknowledge those problems and liberals can’t find a way to accept pipelines.

The agency charged with overseeing pipeline safety, the Pipeline and Hazardous Materials Safety Administration, is chronically underfunded and weak. For many years Republican opposition has prevented Congress from giving the agency the resources it needs to do its job better, and from mandating the kind of inspection regime made easier by technological innovations in remote sensing, like the GE drone system. 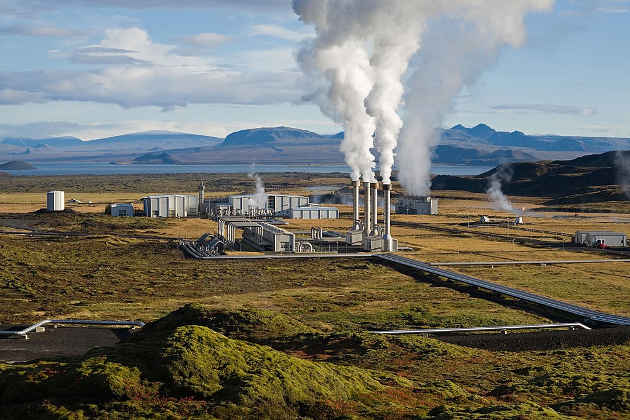 Meanwhile, pipeline spills have galvanized anti-pipeline activism of the kind faced by the Keystone and Dakota Access pipeline projects. If activists are concerned mainly about spills and leaks, regulation aimed at better leak detection and prevention ought to offer a solution.

But some anti-pipeline activism is part of a larger movement aimed at weaning the American economy off of fossil fuels entirely, and as quickly as possible. By strategically targeting pipelines, activists aim to restrict the ability of sellers to supply customers with natural gas and oil.

The implicit assumption is that shutting down such projects will help boost cleaner sources of energy, which are unfairly disadvantaged by the market’s failure to fully price-in the environmental and public health damages associated with the pollution produced through fossil fuel combustion. That is all true enough.

But it is also true that when pipeline opponents kill a project, there are often unintended consequences, including environmental opportunity costs. Some of the oil that would have been transported through a pipeline will be shipped by rail instead, increasing the risk of a spill.

Some of the natural gas that would have been transported through a pipeline will be flared, generating additional greenhouse gas emissions. And, an unbuilt pipeline will make the cost of natural gas more expensive, causing utilities to burn more coal than they otherwise would have.

For their part, industry and congressional Republicans feed the centrifugal forces in pipeline politics by opposing even the most timid and cost-effective efforts to address problems such as methane leakage. In so doing they cause unnecessary harm to the environment and public health, while undercutting moderates whose views probably mirror a majority of the voting public.

The Environmental Defense Fund, for example, has worked tirelessly with scientists and industry to study the climate impacts of methane leakage, to taunts of “sellout” from more strident environmental groups. The EDF advocates for simple, reasonable regulatory solutions to the leakage problem, some of which are the equivalent of caulking your windows to keep out the cold.

Drones and other remote sensing devices make commonsense solutions easier to implement than ever before, and would undermine activists’ claims that natural gas is no better for the climate than coal. On the other hand, acknowledging the desirability of reducing methane leakage is anathema to climate deniers in the GOP and to companies that would prefer not to be regulated at all.

So, it’s complicated but not that complicated. As long as Americans continue to reward politicians, interest groups and news sources that mislead us about energy issues, those groups will continue to mislead us.

Perhaps with time Americans will become more sophisticated consumers of information about risk tradeoffs in the energy sector and will learn to regard simple messages like “Fossil Fuels GOOD!” or “Fossil Fuels BAD!” with suspicion. Until then, those messages will continue to dominate (and warp) the energy policy debate.

David Spence is a professor of law, politics and regulation at The University of Texas at Austin, where he teaches in the McCombs School of Business and the School of Law.