Scientists have figured out how calcium channels – the infinitesimal cell membrane pores that generate electrical signals by gating a charged-particle influx – have solved a “needle in a haystack” problem.

The solution to the longstanding riddle is reported in the Nov. 24 advanced online edition of Nature by UW and Howard Hughes Medical Institute investigators. Dr. Ning Zheng, a noted X-ray crystallographer, and Dr. William Catterall, a pioneer in ion channel research, were the senior researchers, and Dr. Lin Tang and Dr. Tamer Gamal El-Din headed the project.

The cardiac muscle cells of the heart face an extracellular fluid where the concentration of sodium ions is 70 times greater than that of calcium ions. Even though calcium and sodium ions are nearly identical in diameter, calcium channels preferentially pass the far-less-abundant calcium ions through them with astounding speed. Calcium ions gush through the voltage-gated calcium channels of cells at the rate of more than one million ions per second.

“How calcium channels are able to solve this fundamental biophysical problem has been a longstanding question in cell physiology,” Catterall said. The answer is important to both science and medicine. 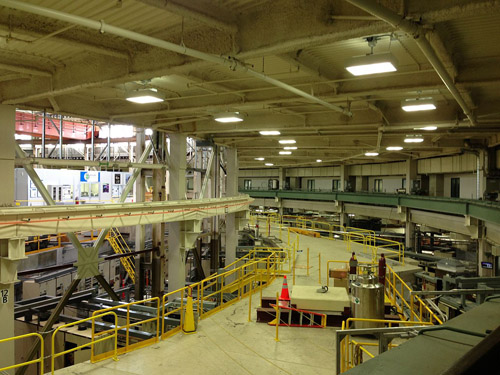 The speed and accuracy of these channels in selectively filtering the calcium ions is crucial to many biological activities in which cells cooperate, Catterall explained. Muscle contractions, including the rhythm of the heart, hormone secretion and nerve and brain impulses all depend on these particular channels’ ability to pass calcium through and keep sodium at bay. Calcium channels are also the target of many medications for epilepsy, high blood pressure, heart disease and other serious conditions.

Sodium channels and calcium channels in animals both likely evolved from a single ancestral type of sodium channel in bacterial cells, and kept similar structures and functions, the researchers noted.

“We thought if we placed the right residues in the right places, the structure should be accommodating and we could change the channel from selective for sodium to selective for calcium,’ Catterall said. “Luckily it worked. We rebuilt the channel with the full physiological properties of calcium channels.”

They then conducted electrophysiological and X-ray crystallography analyses to try to see what the channel looked like and how it operated. The beamline staff at the U.S. Department of Energy’s Advanced Light Source, at the Lawrence Berkeley National Laboratory in California, assisted with this data collection.

The team was able to determine how the filter that selected for calcium was constructed, and to report on the pathway calcium ions likely follow as they pass through the pore.

The calcium ions, the researchers said, transition through three binding sites. The first site, in an outer vestibule near the mouth of the pore, is critical in recognizing and selectively admitting calcium ions into the channel and keeping out sodium. This role is supported by the second site inside the pore. This site is single occupancy. The calcium ion there is quickly knocked out by repulsive interactions with another calcium ion approaching from outside the cell, like pin balls ricocheting, even though it would like to bind there.

The third site, with a lower binding affinity, allows the calcium ions to move into the cell.

The flow of ions is accelerated by having these three binding sites in sequence. The flow goes only in one direction because the concentration of calcium ions outside the cell is much larger than their concentration inside the cell. At any given time, the ions also have to be in particular, mutually exclusive positions – at site 1 and 3 but not site 2, or at site 2 and in the outer vestibule, but not in sites 1 and 3.

“They are moving fast because they are bumping each other,” Catterall said. “The movement of millions of molecules per second generates 15 pico amps – a miniscule electrical current, only one trillionth the size of the current in an electric wall socket, but enough to drive a cell signal.”

“The details of the structure told us exactly how calcium ions go through this particular type of cell membrane pore, and why sodium ions don’t,” Zheng added. “We were surprised and pleased that this seems to resolve in a clear way an important mechanism that has been unclear for a long time.”

The study was conducted on a bacterial ion channel because mammalian ion channels would have been too big and complicated to be used as a model to obtain structural data, according to Zheng and Catterall. The approach the team took, they said, was a shortcut to obtain the information needed. The new understanding is likely to be applicable to such diverse scientific fields as the neurosciences, endocrinology, cardiovascular physiology, and cell biology.

“This information might also be important in the development of new drugs that act upon calcium channels,” Catterall said. “Understanding the structure and function of the calcium channel might help researchers more accurately target drugs to bind exact areas of the channel to perform their therapeutic actions. These new compounds may work better with fewer side effects. For example, researchers are hoping to design safer medications for chronic pain.”

The research published in the Nature paper was supported by grants from the National Institute of Neurological Disorders and Stroke (R01NS015851), the National Heart, Lung and Blood Institute (R01HL112808), a National Research Service Award (T32GM00828) and funding from the Howard Hughes Medical Institute.