How Do You Feel About Science?

You’re standing at the edge of watery abyss. What comes to your mind first? The beauty? The amount of electricity? How unimportant you are? How much money you could make with a visitor center?

How you answer says a lot about how you think, and as pollsters are beginning to wonder, how you might feel about science.

Call it the DaVinci-Pascal divide. As Martin Bauer from the London School of Economics explained in a Euroscience session entitled “Scientific cultures across Europe: similarities and differences” the pragmatist-existentialist divide could explain some anomalies in the Eurobarometer, a survey on attitudes about science and technology (and other issues) taken regularly since 1973.

In the latest edition, nearly 80 percent of Europeans said they are interested in scientific discoveries and technological developments, compared to 65 percent interested in sport. (Clearly, the poll was not taken during the World Cup.)

More than 70 percent of Europeans wanted to see the expansion of EU-funded research in the future. But only 10 percent considered themselves well-informed about science, nearly 60 percent thought scientists should put more effort into communicating about their work and 65 percent believed governments should do more to interest young people in scientific issues. 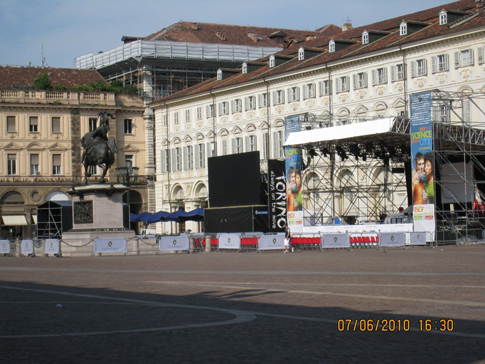 What the meshing of survey results does not say is that, despite the national stereotypes, Italy has a high knowledge of science, but a comparatively low interest. Finland, on the other hand, which proudly touts itself as a “knowledge society,” had exactly the reverse, a high interest, but less knowledge. The Finns were also the most skeptical; the Irish the most trusting.

Of course, there are many ways to slice the data, including the differences among generations within countries. But what stuck out in my mind was what patching the slices together might reveal. Was it true that in some nations, the horizontal attitude of DaVinci, cutting horizontally across the future as it tries to change the world, holds sway?

Was it equally true that in other countries, for reasons of history, culture, psychosocial need, stage of economic development or some other unknown factors, Pascal’s more vertical and introspective focus has taken root?

Could both be operating simultaneously across different cohorts? And what influences the flourishing of one or the other?

In one example where the question has been tested, respondents in Nigeria and Iceland clustered nicely around opposite polls. At the mythical abyss, Nigerians were more excited than residents of Iceland about electricity than the beauty of the scene (33 percent to 6 percent).

And as for contemplating how unimportant we are, well, none of the Nigerians chose that option, compared to 18 percent of those in Iceland.

It seems pretty clear that there now is a critical need for more sophisticated surveys that probe for the reasons behind expressed attitudes toward science and technology.

If there is a DaVinci-Pascal divide, let’s bridge it.

We can’t wait. The future was yesterday.