How Do Muslim Americans Use Popular Culture?

EAST LANSING, Mich. — Facing “Islamophobia” and widespread hostility, Muslim Americans have adopted cultural techniques to make their voices heard, according to Michigan State University faculty who will use a grant to conduct a yearlong study of Islam-inflected culture. 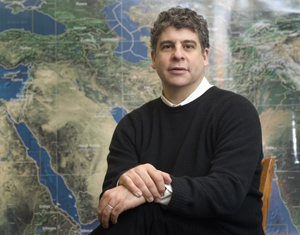 The study will draw together experts, community members and producers of Muslim culture – from music to visual art to fashion – to explore how Muslim Americans use popular culture to engage society and promote public discourse, especially in the aftermath of Sept. 11.

A series of performances, artist presentations and lectures will run through December, starting with performances of “Hijabi Monologues” at MSU and Grand Valley State University. In November, MSU, GVSU and the University of Michigan-Dearborn will host a screening of “The Taqwacores,” a film about a Muslim punk rock scene, followed by a lecture by the director. Also in November, a Muslim traveling concert tour will come to GVSU and (scene) Metrospace, an art and performance space in East Lansing.

And in the spring, “Migrations of Islam” will host a conference. All events are free and open to the public.

Hassan said materials generated by “Migrations of Islam” – videos, interviews, blogs and photos – will be housed on a new virtual resource called “Muslim Subjects,” which builds on the success of Islam, Muslims and Journalism Education. Muslim Studies faculty created IMAJE in 2009 to educate mass media on the reporting of Muslims and Islam.

Faculty members also are producing a feature-length documentary that will include footage of performances and interviews with participants and the public.

“The performances, forums, the website and the documentary will serve the double purpose of challenging the misrepresentation of Muslims as antithetical to American culture and also producing a platform for conversation about Muslim American self-expression,” Hassan said.