COLUMBUS, Ohio – When you start a new job, your boss may be more likely to trust you than you are to trust him or her, a new study suggests.

The reason has to with the role that social status plays in relationships.

These findings indicate that having high status fundamentally alters our expectations of others’ motives toward us, said Robert Lount, lead author of the study and assistant professor of management and human resources at Ohio State University’s Fisher College of Business.

“People have high status because other people like and admire them.  The result is that high-status individuals come to expect that others are going to treat them well, which makes them more likely to trust,” Lount said.

“The road from high status to increased trust is one paved with positive expectations of others’ motives.”

In a workplace, that means that bosses, who generally have more status than their employees, may be more trusting during initial encounters.  Of course, levels of trust may change as people work together. 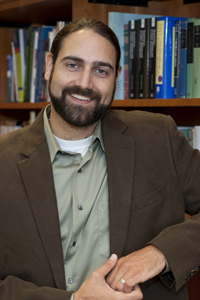 “But that initial encounter is really important because it shapes future behavior,” Lount said.  “If your first signal is that you don’t fully trust someone, that could undermine future trust development.”

Of course, bosses also have more power than employees.  However, one of the experiments showed that it was status, not power, that led to the results found here.

Lount conducted the study with Nathan Petit of New York University’s Stern School of Business.  Their results are published online in the journal Organizational Behavior and Human Decision Processes and will appear in a future print edition.

The results showed that people assigned to be managers – giving them high status – were more likely to trust their partner than those who had low status.  Those who were given equal status fell in between the two extremes when it came to trust.

After the students were primed to feel like they had high or low status, they played what was described as a decision-making game with an unseen player over a computer network.  They were given $10 and told they could send as much or as little of that to their unseen partner.  The amount they sent would be tripled and the partner could then return as much or as little of that amount back to the participant.

So if the participant sent the whole $10, the partner would receive $30 and could, presumably, send half of that back – netting both of them $15.

The question for the participants, then, was how much did they trust that their unseen partner would return any of the money they sent?

“These results were interesting because they didn’t rely on relative status – the participants had no idea whether they had higher status or lower status than their partner in this game,” Lount said.  “Regardless, how much they trusted others depended on what they felt about their own status.”

In the final experiment, college students participated in the same game as in the previous study, in which they sent money to an unseen partner.  However, in this case, students were told they were paired with a partner at another specific university.  The partner’s university had been shown in previous work to be clearly perceived as a higher or lower-status university than the participant’s.

This was done to show that the results were related to status, and not power, Lount said.  While attending a specific university may give a student higher status, there is no power dimension to this relationship.  In addition, participants were asked after the study how much status and power they believed they had relative to their partner.  While students clearly indicated status differences with their partner, they did not rate their partner as having more or less power.

Finally, the participants were asked a series of questions rating the benevolence of their partner.

Just as in the previous experiment, participants who thought they had higher status were more trusting of their partner, and offered them more money.  Crucially, the higher-status students also rated their partners as more benevolent than did students of lower status.

“When you have higher status, you naturally think others are more benevolent, and that allows you to trust them more,” Lount said.

The findings showed that higher-status participants didn’t think their partners had more ability or integrity than did lower-status people – showing that high status doesn’t just make people think more positively about others in general, he said.

While status plays a powerful role in how much we trust, it does so unconsciously, Lount said.

“Most people are unaware of how their personal status affects their willingness to trust others.”