COLUMBIA, Mo. — The sayings “variety is the spice of life” and “happiness isn’t getting what you want, but wanting what you get” seem to have a psychological basis, according to a new study by an MU psychologist who identified two keys to becoming happier and staying that way.

“Although the Declaration of Independence upholds the right to pursue happiness, that search can be a never-ending quest,” said Kennon Sheldon, professor of psychological sciences in the College of Arts and Sciences. “Previous research shows that an individual’s happiness can increase after major life changes, such as starting a new romantic relationship, but over time happiness tends to return to a previous level. Through our research, we developed a model to help people maintain higher levels of happiness derived from beneficial changes. The model consists of two major components: the need to keep having new and positive life-changing experiences and the need to keep appreciating what you already have and not want more too soon.” 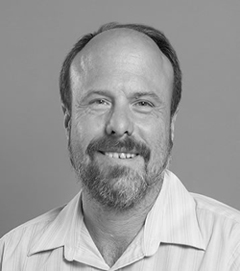 Kennon Sheldon, an MU psychologist, has identified new experiences and contentment as two keys to becoming happier and staying that way. Image credit: University of Missouri

In the recent study, Sheldon, along with co-author Sonja Lyubomirsky of the University of California, Riverside, first surveyed 481 people about their happiness. Six weeks later participants identified a recent positive change in their lives that had made them happier. Six weeks after that, the psychologists evaluated whether the original happiness boost had lasted. For some it had, but for most it had not. The psychologists then tested and confirmed their model for predicting whose boost had lasted.

“The majority got used to the change that had made them happy in the first place,” Sheldon said. “They stopped being happy because they kept wanting more and raising their standards, or because they stopped having fresh positive experiences of the change, for example they stopped doing fun things with their new boyfriend and started wishing he was better looking. A few were able to appreciate what they had and to keep having new experiences. In the long term, those people tended to maintain their boost, rather than falling back where they started.”

Due to genetics and other factors, individuals have a certain “set-point” of happiness they normally feel. Some people tend to be bubbly, while others are more somber, though individuals vary in a range around their set-point. Sheldon’s research suggests how people can train themselves to stay at the top of their possible range of happiness.

“A therapist can help a person get from miserable to OK; our study shows how people can take themselves from good to great,” Sheldon said.

Sheldon also noted that the best life changes don’t necessarily equate to new purchases. Although a shiny new possession can boost happiness, that purchase has to be experienced anew every day and appreciated for what it brings to have any lasting effect on happiness.

“The problem with many purchases is that they tend to just sit there,” said Sheldon. “They don’t keep on providing varied positive experiences. Also, relying on material purchases to make us happy can lead to a faster rise in aspirations, like an addiction. Hence, many purchases tend to be only quick fixes. Our model suggests ways to reduce the ‘let down’ from those purchases. For example, if you renovate your house, enjoy it and have many happy experiences in the new environment, but don’t compare your new decor to the Joneses’.”

The study “The Challenge of Staying Happier: Testing the Hedonic Adaptation Prevention (HAP) Model” is currently in press in the journal Personality and Social Psychology Bulletin.