ANN ARBOR, Mich.— Rising carbon dioxide levels associated with global warming may affect interactions between plants and the insects that eat them, altering the course of plant evolution, research at the University of Michigan suggests.

The research focused on the effects of elevated carbon dioxide on common milkweed, Asclepias syriaca. Milkweed is one of many plants that produce toxic or bitter chemical compounds to protect themselves from being eaten by insects. These chemical defenses are the result of a long history of interactions between the plants and insects such as monarch caterpillars that feed on them.

Selection pressure, the driving force of evolution, induces changes in the genetic composition of a population. It works like this: if insects inflict too much damage on plants, the plants can’t reproduce as successfully. This sets up a situation in which any plants that, by chance, have inherited insect-deterring traits are at an advantage. Because of that advantage, such traits are likely to spread through the population, urged on by “pressure” from the insects. 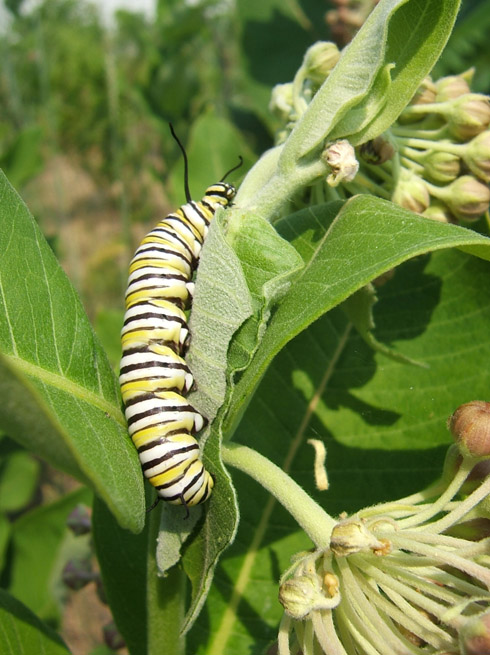 Researchers Rachel Vannette and Mark Hunter investigated whether different genetic “families” of the common milkweed from a single population in Northern Michigan would respond differently to increasing carbon dioxide levels in the atmosphere and if so, how those responses might affect the plants’ chances of being eaten by insects. 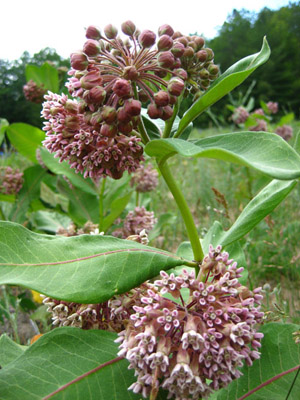 In particular, their production of heart poisons called cardenolides differed. While some plant families responded to elevated carbon dioxide by increasing cardenolide production, most decreased production—by as much as 50 percent.

“That’s a big difference if you’re a caterpillar,” said Vannette, who is a graduate student in Hunter’s research group. Hunter is the Henry A. Gleason Collegiate Professor of Ecology and Evolutionary Biology. Because the insects that consume milkweed, including monarch caterpillars, choose their host plants carefully and select specific plants based on the plants’ concentration of toxic compounds, these specialist insects can act as agents of selection on milkweed plants.

Countering the shift away from chemical defenses was a shift toward physical defenses and resistance. “The plants had tougher leaves, and they were better at tolerating herbivory by caterpillars—they grew back faster,” Vannette said.

Taken together, the results provide evidence that in response to elevated carbon dioxide, genetically-based differences in plant defense mechanisms and the changing plant-insect interactions that result may influence how plants adapt to changing climate.

Will the plants’ changing defense strategies help or hinder monarchs?

“We don’t know yet,” Vannette said, “but that’s a question we’re investigating.”

The findings appear in the March issue of Global Change Biology.

Conducted at the U-M Biological Station near Pellston, Michigan, the research was funded by the National Science Foundation.