Stresses of Unemployed Spouse Can Hurt Job Performance of Other Spouse, Study Finds 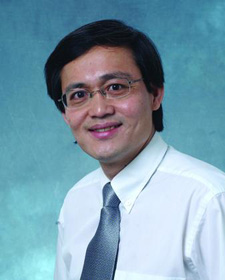 Foo and lead author Professor Zhaoli Song of the National University of Singapore co-authored a paper titled “Unraveling the Stress Crossover Between the Unemployed and Their Spouses,” which was published in last month’s edition of the Journal of Applied Psychology.

In the study they examined daily stresses felt by married couples in which one spouse was employed and the other unemployed, and how that stress affected each spouse.

“One of the key findings in this study is that couples are better at sharing their burden than helping alleviate it,” Foo said. “If you feel bad at home there is going to be spillover at work where you will also feel lousy. Going into the study we thought that marital support might help alleviate the stress of unemployment on the family unit, but it didn’t turn out to be the case.”

One of the take-home messages from the study and others Foo has conducted on the workplace is that organizations need to be more sensitive and supportive when their employees have family members — particularly a spouse — who are unemployed.

“Organizations can implement family-friendly policies to help their employees fulfill their family roles, which in turn may increase the employee’s productivity,” he said.

However, in difficult economic times many organizations may elect to limit some services for their employees, such as couples counseling, due to their cost.

“Couples counseling may fall into the category of company cutbacks now because programs such as these usually don’t affect the bottom line until some time down the road,” Foo said. “Our findings call for more attention on the family as an integrated system in responding to the unemployment situation.”

In the study, which took place in Shenyang, China, each couple turned in a daily report of their distresses. The researchers examined the interaction between the work life and family life of the employed and unemployed spouse. Since they had responses from both employed and unemployed people, they were able to compare them and draw conclusions.

“For example, the spouse experiencing job stress may reduce his or her marital support to their spouse, which then leads to more stress for the unemployed spouse, who then returns the favor and adds even more stress,” Foo said.

One of the unique parts of the study, Foo said, is that they studied couples’ interactions daily for two weeks. In particular, they looked at what is called the crossover effect, which refers to a situation when each spouse transmits and catches the stresses of the other.

Foo said more closely examining the stress and coping mechanisms among couples facing the problem of unemployment also may provide some practical insights to family counselors, psychotherapists and other practitioners who develop family-focused interventions to prevent the breakdown of relationships.

Marilyn Uy of the University of Victoria in Victoria, Canada, and Shuhua Sun of the National University of Singapore also contributed to the study.

*Source: University of Colorado at Boulder.