If corn producers continue using the same cultivars, plants selected for their desirable characteristics, global warming could cause production to drop from 1.3 to 10 percent between 2010 and 2039.

“It’s important to work with several scenarios given the several variables regarding hours of sunlight, level of greenhouse gases, fertilizing impacts of CO2, regional phenomena such as El Niño and the various policies countries will adopt over the next 30 years,” says Delusca.

Each scenario led to the same conclusion: a decrease in corn production if the fertilizing impact of CO2 isn’t taken into account. The least devastating outcome is in the hot and dry scenario, which predicts a 1.3 percent decrease in production. 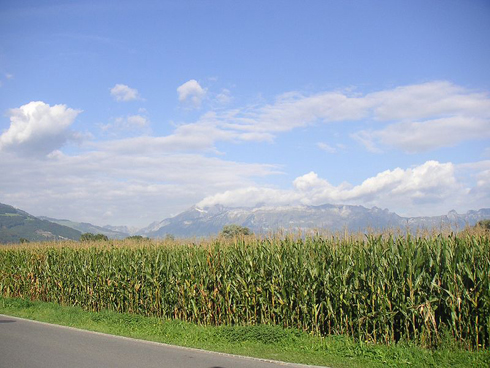 The problem, stresses Delusca, are cultivars. “A dozen cultivars used in Quebec alone are replaced every four to five years. Several others exist for hotter climates, which are used in the southern United States.”

Delusca used the same scenarios with other cultivars that would benefit production. “In that case, projections of an increase of up to 52 percent are possible if we take the fertilizing impact of CO2 into account,” says Delusca. “But the harvest would come later in the year.”

From an economic perspective, the question remains whether consumers would wait longer to purchase local products while imported products are readily available? Delusca’s research was conducted under the supervision of Professors Bhawan Singh and Christopher Bryant.

1 comment on “Global Warming Could Spell Disaster for Corn Crops”