But when teachers emphasized learning the material for its own sake, and to improve health, students had much better responses. In these kinds of classrooms, students had lower intentions of having sex and felt better able to navigate sexual situations.

“In health education, knowledge is not the most important outcome. What we really want to do is change behaviors, and testing is not the way to achieve that.” 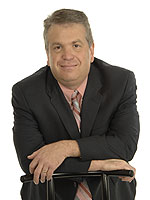 The study appears online in the Journal of Research on Adolescence and will be published in a future print edition.

This study is part of a larger 5-year project that is studying HIV and pregnancy prevention in rural communities in Appalachia.

Researchers from Ohio State, the University of Kentucky and George Mason University are collecting data from more than 5,000 students in 32 Appalachian high schools.

For this study, students were surveyed in 9th grade before taking a health class that included information on HIV and pregnancy prevention. They were then surveyed again between four and six weeks after their class, and at the end of 10th grade, about one year later.

After taking the class, students were asked if their teachers had encouraged them to learn the material because they would be tested on it (called an extrinsic focus), or if the teachers encouraged them to truly learn and understand the information because it would be important for their lives (termed a mastery focus).

The researchers then compared these two groups of students on a variety of measures.

Overall, the results showed that students in classes with a mastery focus were better off on a variety of health-related measures than were those whose teachers emphasized testing, Anderman said.

One example is the ability to refuse unwanted sexual advances. Findings showed that students in mastery classes reported they were better able to refuse sex 4 to 6 weeks later and even one year later than they were before the class began.

However, those in the extrinsic-focused classes “actually felt less effective at refusing sex after they took the class than they did before,” Anderman said.

Similar results were found when students were asked whether they thought they would wait to have sex.

Four to six weeks after the class, students whose teachers emphasized mastery were more likely to report that they wanted to wait to have sex, although there was no significant effect at a year later. That was not true for those who had extrinsic-focused classes, who were actually less likely to want to wait for sex after taking the class.

“That’s a really scary finding. The class was not having the intended effect when teachers emphasized the tests,” Anderman said.

Students in the mastery classes reported they felt better able to tell partners they would not have sex without using a condom at both time points after the class. Those in the extrinsic-oriented classes did not at the first follow-up.

Similar results favoring students in mastery-oriented classes occurred when students were asked about communication with parents about sex-related topics, knowledge about sex-related health issues, actual intentions to have sex, and belief about the importance of these health issues and whether they had the ability to learn more.

The results are clear, Anderman said.

“Focusing on knowledge about health does not equate to healthy behavior,” he said. “It’s more important for the students to improve their health than it is to get a 90 percent on a test.”

When students focus on tests, they are thinking about what they need to remember to get a good grade, he said. They are not taking the time to think about why they are learning this information, and why it is important in their life.

“Ideally, in the perfect world, I would say students shouldn’t be tested in health classes. Tests are important in a lot of areas, but health is not one of them,” he said.

“But if you have to have tests, make them minimal and low-pressure. This is not about separating students in terms of ability. It is about getting students to adopt healthy habits.”

Co-authors of the study were DeLeon Gray and Ann O’Connell of Ohio State; Pamela Cupp and Derek Lane of the University of Kentucky; and Rick Zimmerman of George Mason University.

The study was funded by a grant from the National Institute of Mental Health.