EAST LANSING, Mich. — Underserved youth athletes report more life skill and character development when their coaches place greater emphasis on creating caring climates instead of focusing on competition, according to research from Michigan State University’s Institute for the Study of Youth Sports.

Playing in an atmosphere that focuses on player self-improvement versus player competition creates a sense of teamwork and develops initiative, social skills and a sense of identity, report the authors of the study from the Department of Kinesiology institute. 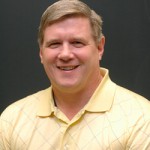 The study, led by Daniel Gould and Larry Lauer, was published recently in the journal Psychology of Sport and Exercise. Ryan Flett, a former doctoral student at MSU now with West Virginia University, also took part in the research.

“The research adds to the growing body of knowledge that shows coaching actions and the team climates they create have important influences on the personal development of youth,” Gould said. “Our data suggests if coaches want to develop life skills and character in youth, it is important to focus on player self-improvement more so than winning.”

The study surveyed 239 young urban athletes who completed the Youth Experiences Scale-2, which measures both positive and negative youth development experiences. The athletes, ages 10-19, came from underserved communities with a shortage of personal services and economic, cultural or linguistic barriers. They also completed a caring climate scale, a sport motivation climate scale and measures of the importance their coaches place on psychosocial development.

The results clearly show that the more coaches create caring and task-oriented climates, the more likely important positive developmental gains will occur. Creating an “ego climate” was found to be the single most powerful predictor of negative youth experiences. 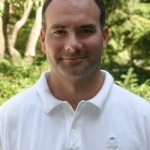 “Coaches should create a climate or atmosphere where kids feel cared about, valued, safe and supported,” Gould said. “These positive things should occur while at the same time avoiding the creation of an ego-oriented climate focusing primary attention on comparing themselves to others.”

Conversely, creating an ego-oriented climate that focuses primarily on beating others was associated with negative developmental outcomes such as negative peer influences and inappropriate adult behaviors.

Coaches must balance the challenge of motivating players to be better with more important developmental goals, Lauer said. To achieve that balance, coaches need to accept positions in environments where they have support for their philosophy.

“If you want to focus on youth development and being positive, make sure you have your athletic director’s and principal’s backing,” he said. “Then, make this expectation clear from the beginning of the season with parents and players.”

Lauer added that improving performance and character do not need to be mutually exclusive.

“By teaching players to be responsible, communicate, lead and control their emotions, you will likely improve their performance,” he said. “Coaches always talk about performing and having good character; the two ideals can co-exist.”