COLUMBIA, Mo. – Tipping back one too many cocktails during an individual’s early 20s doesn’t correlate to a personal sense of immaturity; however if this habit doesn’t stop as they reach age 30, young adults can feel psychologically underdeveloped, according to a University of Missouri study. Helping young adults acknowledge their mental impulse to “sober up” as they mature can improve substance abuse intervention programs.

“When a heavy drinking 30-year-old comes in for therapy and says he doesn’t feel like an adult, we can present this study and suggest that cutting back on alcohol could help him feel more mature,” said lead researcher Rachel Winograd, a doctoral student in psychology at MU.

“People in their early 20s who accept their own heavy drinking and experience alcohol-related consequences may not realize that these behaviors can be associated with identity issues later on,” said Winograd. “We can apply this research to nip the problem in the bud and help young adults become aware that their alcohol use behaviors may conflict with their long-term goals.” 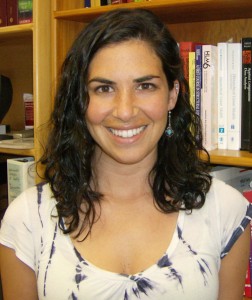 When more than 400 25-years-old adults were interviewed, some showed signs of alcohol use problems, but their problems didn’t correlate to self-reported feelings of immaturity. When surveyed again four years later at age 29 and then again at age 35, subjects expressed different sentiments: individuals who showed signs of alcohol abuse or dependence also self-reported feeling immature for their age.

“We interpreted our findings to suggest that, at 25, drinking is more culturally acceptable,” Winograd said. “Young adults are out at the bars with their friends and drinking is a bonding experience. They also view blacking out, vomiting and drunk driving as more acceptable because peers are behaving similarly.

“But by 29, when many of their peers have settled down, individuals who still drink heavily may start to view themselves as ‘Peter Pans’ of partying, who never fully matured,” Winograd said.

The study relied on data collected from a group, which was studied since they were college freshmen in 1987 by Kenneth Sher, Winograd’s adviser, study co-author and curators’ distinguished professor of psychological sciences. Previous studies examined this group’s attitudes toward drinking when they were younger.

“This study picked up where studies of adolescents left off,” Winograd said, “There seems to be a window of time in the early to mid-20s when drinking is not associated with immaturity. Before and after that window, excessive alcohol use is associated with a lower self-reporting of maturity, according to our results and previous studies.”

Having data from previous studies going back to 1987 about the same group of young adults was an important resource for the new study. Unless there has been a major cultural shift in attitudes, examining the same group as they mature over the years is almost always better for this type of study than surveying different age groups at the same time, said Sher.

“Most critically, it allows us to assume that age differences in the size or direction of an effect is associated with developmental change and not related to sampling biases associated with sampling two different age groups,” said Sher.

The study “Do People Who ‘Mature Out’ of Drinking See Themselves as More Mature?” was published in the journal Alcoholism: Clinical and Experimental Research. In addition to Winograd and Sher, psychology doctoral student Andrew Littlefield also was an author.