The study, led by Michigan State University, suggests that in countries such as Taiwan and Singapore, future math teachers are better prepared because the students get rigorous math instruction in high school; university teacher-preparation programs are highly selective and demanding; and the teaching profession is attractive, with excellent pay, benefits and job security. 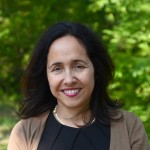 The Teacher Education and Development Study, or TEDS-M, provides strong evidence of the benefits of teacher-preparation programs at colleges and universities. The six-year study was funded by the National Science Foundation, which provided $4.2 million, as well as the International Association for the Evaluation of Educational Achievement, or IEA, and the participating countries.

“Some critics of teacher education believe you can bypass colleges of education and prepare teachers in an easier, faster way, but our study doesn’t support that,” said Maria Teresa Tatto, international study director and MSU associate professor of education.

“In Taiwan, for example, nobody graduates without the demonstrated ability to teach mathematics,” she said. “Here in the United States, far too many of our graduates lack the knowledge of mathematics and how to teach it, which they will need as they begin to teach.”

The researchers collected data from representative national samples that included about 500 higher education institutions in 17 countries that prepare primary and secondary school teachers. Some 22,000 future teachers were surveyed and tested, and 5,000 instructors were also surveyed. The full data from the report will be published soon on the IEA’s website.

The researchers looked at how well the teaching students knew math and how much they knew about how to teach it. 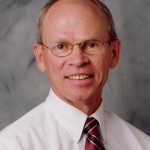 The differences between top and bottom scoring countries were very large, Tatto said. Taiwan and Singapore did far and away the best in preparing math teachers. Russia also scored highly. Poland, Switzerland and Germany did well partly because they rely more on specialist teachers in lower grades.

The United States generally finished below this group but above other countries that scored way below the international average, Tatto said.

John Schwille, a researcher on the project and MSU education professor, said the results offer grounds for optimism about what can be done to improve teacher preparation and overcome a climate of skepticism.

The study, he added, is in part a response to the belief among many in the United States that teachers are “born and not made, so why are we wasting our time on university programs?” Critics argue that university-based teaching programs are costly and take longer than the alternative of just hiring talented liberal arts graduates and putting them more directly in classrooms.

But this argument doesn’t hold up, Schwille said.

“There are some ‘born’ teachers, sure, but not enough to fill the classrooms,” he said. “So you’re going to have to prepare them. And the countries that do it best rely on university-based teacher education programs.”

The international research team also included MSU professors Sharon Senk and Mark Reckase; MSU alumnus Michael Rodriguez; Kiril Bankov from the University of Sofia in Bulgaria; scholars from the Australian Council for Educational Research; a group of survey and sampling specialists from IEA; and mathematicians and mathematics educators worldwide who served as advisers.