Investment firm General Atlantic is going to purchase 0.1 percent of world’s largest social network Facebook. The deal may push the price of the network up to $65 billion, but the transaction requires approval from Facebook at first. The company has been showing an impressive growth during the recent years. In the middle of 2009, the deals with its shares were concluded on the base of the company cost of $10 billion.

General Atlantic announced an intention to purchase the shares from several former Facebook employees. The deal has not been closed yet. According to CNBC, the deal boosted the cost of the social network 30 percent up. At the end of January of 2011, the company was valued at $50, when Goldman Sachs placed Facebook shares worth $1 billion among its clients, the Vedomosti wrote.

Facebook was founded by Mark Zuckerberg in 2004. The network currently has over 500 million users all over the world. Facebook is considered to be the largest social network in the world. 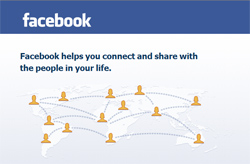 Georgy Voronkov, an analyst with Investcafe, said that over 620 million people visit Facebook every month. According to Goldman Sachs, the revenue of the project over nine months of 2010 made up $1.2 billion; the net profit was valued at $355 million.

To understand the issues of monetization, let’s take a look at Russia’s two most popular networks – Odnoklassniki and VKontakte. These two networks, as business models, are the closest to Facebook. As for MySpace, Baidu Space, Twitter and Orkut, the first of these is obviously unprofitable. The data of the rest, except for Twitter, are consolidated in accounts of their mother companies, i.e. – they are unknown. As for Odnoklassniki, the profit of the network in 2010 made up $25.4 million. The number of monthly visitors – 15.25 million people. VKontakte returned the profit of $15.5 million with the number of monthly visitors – 18.4 million. Therefore, one shall assume that one visitor brings the average profit of $1.12.

The advertising market in 2007 was evaluated at $45 billion. In 2008, the cost increased to $51.6 billion, in 2009 – to $56.7 billion, in 2010 – to $61.8 billion, in 2011 – $67.34 billion. Therefore, a network user becomes 9.75 percent more expensive every year. In 2011, the number of Facebook users will increase to 670 million, and the conservative annual income forecast for Facebook will make up approximately $824 million. “Against the background of the current market reality, in my assessment of fair cost of social networks I proceed from 12 P/E. Therefore, the fair cost of Facebook makes up about $10 billion,” an analyst of Investcafe said.

It was previously reported that Facebook attracted as much as $1.5 billion in January 2011 from Goldman Sachs and Digital Sky Technologies. In 2012, Facebook is planning to conduct IPO.

The shares of Facebook, which currently appear on the over-the-counter market, are mostly offered for sale from former and present employees of the company, as well as from current investors. Is Facebook a bubble or not? For the time being, the current assessment of $65 billion gives investors an opportunity to plan their future profit. For comparison, the cost of Russia’s largest private-owned oil company Lukoil is valued at $62 billion.