*Peter Molyneux, creator of the popular “Fable” games series and head of Microsoft Game Studios in Europe, recalls the highs and lows of a 22-year career in video games – a career that was just honored by two lifetime achievement awards.*

GUILDFORD, U.K. — April 15, 2011 – Peter Molyneux, one of the video game industry’s most celebrated designers and the creative force behind hits such as “Fable,” “Populous” and “Dungeon Keeper,” credits much of his 22-year career to a happy accident involving baked beans.

It happened shortly after he graduated from university. Molyneux already had tried his hand at game design and business without much success, and was searching for a way to make ends meet. When the father of his then-girlfriend suggested he start a company that exported baked beans to the Middle East, he went for it.

He soon discovered the region didn’t have much of an appetite for baked beans. “It was a very hand-to-mouth existence,” said Molyneux, now the creative director of both Lionhead Studios and Microsoft Game Studios Europe. “I was eating more baked beans than I was actually selling.”

And then the accident: Commodore, creator of the popular Commodore 64 console, confused his floundering bean business, Taurus, with a software company called Torus. Commodore called up Molyneux and invited him to their head office, where they rolled out the red carpet and told him how eager they were to work with his company.

Bewildered, Molyneux played along. He smiled, said he was looking forward to their partnership, and ran out of the building before anyone realized the mistake. Commodore sent Molyneux several of its brand new Amiga machines the next week. He winged his way through the database program that Commodore was expecting from Torus and went on to use his new machines to start designing video games in earnest. The misunderstanding ultimately was cleared up, and the only fallout was Molyneux’s vow to never again touch baked beans.

That bizarre start to his career is perhaps why the modest Molyneux remains a bit mystified by his success. “I’m just a guy with some dumb ideas, really,” he said. 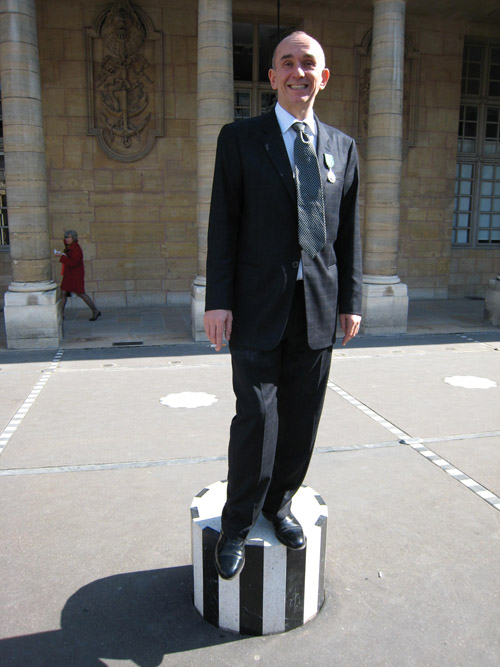 His colleagues at Microsoft Games Studios (MGS), where he’s been since 2006 when Microsoft purchased his Lionhead Studios, also disagree. Phil Spencer, corporate vice president of MGS, has been a fan of Molyneux’s ever since he released Populous in 1989. Today, Spencer is inspired by watching Molyneux bring his talents to Xbox and Kinect for Xbox 360.

“Peter is one of the few designers in the industry who’s been able to grow and yet maintain his level of quality and creativity,” Spencer said. “Regardless of where our industry goes, from the technology we work on or the display surface we deliver games on, Peter continues to work at his craft to make sure he’s state-of-the-art in everything he does.”

For Molyneux, the overarching goal of his distinguished career has remained the same.

“I have this dream to create a world so beautiful and so real that it feels like mine – a world that is a cross between something fantastic and something that could exist – and I dream of creating a game that allows you to play around with the world in whatever way you want but makes you face the consequences of your actions,” he said. “That dream is still unrealized.”

Molyneux was born in Beckenham, England, in 1959 and grew up with games courtesy of his parents’ toy shop. While that sounds like a dream for a child, he calls it a complete nightmare; he often got the toys that didn’t sell out over Christmas or were slightly defective, like board games missing the rules.

Video games soon became an obsession. He recalls riding his bike up to the factory gates of Acorn Computers to buy its Atom gaming console, one of two machines sweeping England at the time. “I can distinctly remember getting a dot moving on the screen and thinking this was probably the greatest moment of my life,” he said. Whenever he used the Atom he had to balance a ball of ice in front of a fan blowing directly at the machine, which tended to overheat and start smoking.

At university, where he spent every waking hour in the computer lab, he fell hard for an Apple IIe. He was so in love that he devised an elaborate plot to steal it from the school. He never did, but by the time he graduated he had taught himself to design simple video games. From the outset Molyneux said his focus was always on the game itself, rather than the special effects (or what passed for them at the time). 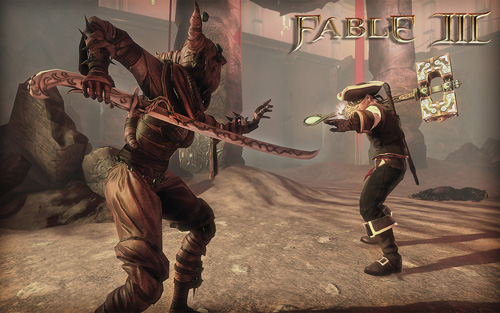 Since 2004, gamers have flocked to the fantastical world of Albion, where the "Fable" series is set. The most recent installment, "Fable 3," will be released for the PC in May. Image credit: Microsoft

After graduation, Molyneux started a business that sold floppy disks to schools. He wrote educational software to put on the disks, thinking that would entice buyers. After a while he realized that people wanted software, not floppy disks.

When the company went under, Molyneux decided to take a stab at creating a commercial game. He poured his heart into “Entrepreneur,” a business simulation game he thought could compete with shooter games. He was so confident of its success that he called up his local post office and advised them to beef up their staff.

It was an unnecessary phone call.

“If I had been a smarter person, I would have said ‘Look, I’ll just move this blob onscreen and you press a button and shoot it,’ and I probably would have sold tens of thousands of copies. But instead I decided to write one of the driest and most boring subjects for a game – business.”

In the end, “Entrepreneur” sold only two copies. Molyneux suspects his mother bought both.

The failure of “Entrepreneur” led to Taurus and the meeting with Commodore. After the company sent the Amiga machines, a friend asked Molyneux to port over a game he had made for the Commodore 64 to the new console. The game, “Druid II,” was a good one, and Molyneux learned much from it. He was inspired to start working on a new game of his own.

That game ultimately became “Populous,” a runaway hit that is widely credited with inventing the “god game” genre, where players indirectly control a simulated population. It put Molyneux and his company, Bullfrog Productions, on the map.

Molyneux wishes he could say that he locked himself in a room, listened to Mahler’s 5th Symphony and created “Populous” in a week. “But the truth is that ‘Populous’ was born out of my incompetence as a coder,” he said.

He had been unable to get his “little people” – the characters populating a landscape of green hills and blue water – to travel the world. Every time they hit water, they would stop and stand still. He needed to write a piece of code called “wall hugging” to get them to move – a standard chop for most programmers – but he couldn’t. So Molyneux decided to just let the user raise or lower the landscape with the mouse button, and the god game was born.

When “Populous” came out there was nothing like it on the market, which Molyneux credits with its immediate popularity. “Plus, there’s something cute and relaxing about raising the land and controlling these little people, and you could play for hours and hours,” he said. “It didn’t beat you up for failing, and I thought that was unique.”

“Populous” was the first of many hits from Molyneux and his game studios. Over the years, games like “Syndicate,” “Dungeon Keeper,” “Black & White” and the “Fable” series followed, cementing his status as one of the top game designers.

“Fable,” now on its third installment, was born out of a conversation Molyneux had with some friends about roleplaying games (RPG). They were huge fans of the genre, but wondered why so many of them were so dark. “Why does it have to be some faraway planet or some destroyed world? Why not somewhere that’s really beautiful and lovely?” Molyneux based the “Fable” world on Britain. Hundreds of thousands of gamers now visit the land of Albion, where the action takes place.

Looking back on his career, Molyneux would rather heap praise on his colleagues then accept any himself. “I’ve made so many countless mistakes,” he said. “Being as someone who isn’t particularly bright, I have to make them several times before I learn. I could look at any of my games and point out 10 schoolboy errors that you would think someone who’s been in the industry 22 years couldn’t possibly make.”

That’s not to say he won’t keep trying to realize his dream and create a beautiful and perfect world. After all, chasing after utopia is the perfect job.

“I get to have an idea, whatever idea I want, and then I get to play it,” he said. “If I ever get tired of that, feel free to have me put down.”