COLLEGE PARK, Md. – A new University of Maryland in-depth survey of American public opinion gives a detailed picture of how the country is reacting to the major, unfolding drama in the Middle East.

Conducted in early April, the polling finds Americans overwhelmingly sympathetic to the Arab uprisings for democracy, largely see it as a positive trend and consider developments there a high U.S. priority. A majority – though a declining one – still supports airstrikes on Libya.

The American Public and Arab Awakening: A Study of American Public Opinion reports on the survey conducted by the University of Maryland’s Sadat Chair for Peace and Development and the Program on International Policy Attitudes (PIPA) – under the direction of Sadat Professor Shibley Telhami and PIPA’s Steven Kull.

A sample of 802 Americans were polled by Knowledge Networks using the web-enabled KnowledgePanel®. Margin of error is plus/minus 3.5 percent. More technical information is available online. 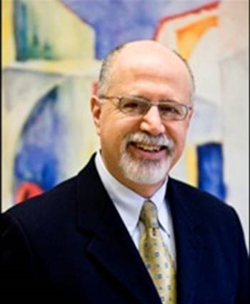 Asked about the effect on the United States, “if the countries of the Middle East become more democratic,” respondents said it would be mostly positive by 65 percent to 31 percent. In “the long run,” 76 percent saw the trend as positive.

A majority of respondents, 54 percent, approved of the airstrikes in Libya, while 43 percent disapproved – 14-points below the level of support registered on March 20-21 by a CBS poll conducted the day after the airstrikes began.

A majority, 57 percent, also said it “would want to see a country become more democratic even if this resulted in the country being more likely to oppose U.S. policies.”

The full-text report, The American Public and Arab Awakening: A Study of American Public Opinion, is available online: https://newsdesk.umd.edu/pdf/2011/SadatChair_ArabAwakening.pdf.