Exploring The Dark Side of Happiness

As a researcher, Yale psychologist June Gruber has confirmed the many positive physical, social and psychological benefits of human happiness.

While working as a clinical scientist at the University of California-Berkeley, however, she witnessed extreme and damaging bouts of positive emotion during periods of mania in bipolar disorder.

So, Gruber asked herself if it was possible to be too happy: Can happiness have downsides for people not diagnosed with mental disorders? 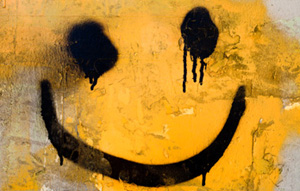 The answer, according to Gruber and a growing number of colleagues, is yes.

In a recent review of the literature that appeared in the May 3 issue of Perspectives on Psychological Science, Gruber and colleagues at the University of Denver and the Hebrew University of Jerusalem asked in what circumstances happiness can be bad. They examined happiness by focusing on four questions regarding the “dark side” of happiness. The questions and the scientists’ findings follow:

1. Is there a wrong degree of happiness?

As noted, in bipolar disorder the results of excessive happiness can be catastrophic: The intense and extended elevated feelings in biopolar individuals can lead to excessive spending, risky sexual behavior, and drug and alcohol abuse. Extreme degrees of happiness can lead to the same behaviors in people without a diagnosed illness. 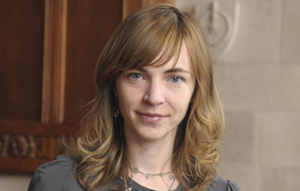 Excessive happiness in any individual also makes people less attuned to threats in the environment — such as a failing to take notice of a man lurking in the dark shadows of a parking lot or signs that your company might be considering eliminating your job. But extreme degrees of happiness can also lead to binge eating, drinking, drug use and risky sexual promiscuity among people more broadly.

No. For instance, studies have shown that people engaged in competitive computer games tend to perform better when angry than when happy. In football, a happy linebacker is not necessarily a good linebacker. Experiencing happiness when viewing distressed expressions of others in pain has also been associated with risk for developing mental illness like bipolar disorder.

3. Are there wrong types of happiness?

Possibly. Happiness is not a one-size-fits-all. In fact, happiness has many flavors — such as being in a high state of arousal or joy, having feelings of love, compassion and being connected to others, and also feeling pride about oneself. But some of these specific states of happiness can lead to unhealthy outcomes. For instance, feeling good about your accomplishments is only a short distance from pride, which in certain forms can lead to less connection with others, and more aggressive or antisocial behavior.

4. Are there wrong ways to pursue happiness?

Pursuing happiness is not necessary a good thing. Paradoxically, studies reviewed by Gruber and colleagues in their recent paper show that people who place the highest value on pursuing happiness tend to be less happy and more prone to depression. “Setting your sights on happiness as the end goal may inadvertently be setting yourself up for disappointment,” Gruber says.

“If you want to live a rich and happy life, it might be better to stop pursuing happiness so aggressively,” she suggests. “Instead, engage in meaningful activities especially those that promote deep connections with others, while trying to nurture a non-judgmental attitude of accepting your current emotional state, wherever it is.”