The most widely used methods for calculating species extinction rates are “fundamentally flawed” and overestimate extinction rates by as much as 160 percent, life scientists report May 19 in the journal Nature.

However, while the problem of species extinction caused by habitat loss is not as dire as many conservationists and scientists had believed, the global extinction crisis is real, says Stephen Hubbell, a distinguished professor of ecology and evolutionary biology at UCLA and co-author of the Nature paper.

“The methods currently in use to estimate extinction rates are erroneous, but we are losing habitat faster than at any time over the last 65 million years,” said Hubbell, a tropical forest ecologist and a senior staff scientist at the Smithsonian Tropical Research Institute. “The good news is that we are not in quite as serious trouble right now as people had thought, but that is no reason for complacency. I don’t want this research to be misconstrued as saying we don’t have anything to worry about when nothing is further from the truth.” 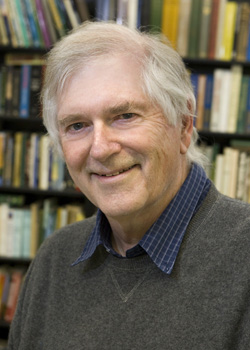 Because there are very few ways of directly estimating extinction rates, scientists and conservationists have used an indirect method called a “species-area relationship.” This method starts with the number of species found in a given area and then estimates how the number of species grows as the area expands. Using that information, scientists and conservationists have reversed the calculations and attempted to estimate how many fewer species will remain when the amount of land decreases due to habitat loss.

“There is a forward version when we add species and a backward version when we lose species,” Hubbell said. “In the Nature paper, we show that this surrogate measure is fundamentally flawed. The species-area curve has been around for more than a century, but you can’t just turn it around to calculate how many species should be left when the area is reduced; the area you need to sample to first locate a species is always less than the area you have to sample to eliminate the last member of the species.

“The overestimates can be very substantial. The way people have defined ‘extinction debt’ (species that face certain extinction) by running the species-area curve backwards is incorrect, but we are not saying an extinction debt does not exist.”

How confident is Hubbell in the findings, which he made with ecologist and lead author Fangliang He, a professor at China’s Sun Yat-sen University in Guangzhou and at Canada’s University of Alberta?

There were predictions in the early 1980s that as many as half the species on Earth would be lost by 2000.

“Nothing like that has happened,” Hubbell said. “However, the next mass extinction may be upon us or just around the corner. There have been five mass extinctions in the history of the Earth, and we could be entering the sixth mass extinction.”

Hubbell and He’s mathematical proof addresses very large numbers of species and does not answer whether a particular species, such as the polar bear, is at risk of extinction.

“We have bought a little more time with this discovery, but not a lot,” Hubbell said.

Hubbell is also the co-founder and co-director of the Center for Tropical Forest Science and is the founder and chairman of the board of the National Council for Science and the Environment (NCSE), an organization with more than 10,000 members and more than 200 universities and professional societies. The NCSE’s mission is to improve the science underlying environmental decision-making, and one of the issues the organization addresses is biodiversity conservation and the extinction crisis.

“As we continue to destroy habitat, there comes a point at which we do lose a lot of species — there is no doubt about that,” Hubbell said. “However, we have to destroy more habitat before we get to that point.”

When a meteor struck the Earth some 65 million years ago, killing the dinosaurs, a fireball incinerated the Earth’s forests, and it took about 10 million years for the planet to recover any semblance of continuous forest cover, Hubbell said. The extinctions that humans cause may be as catastrophic, he said, but in different ways.

Humans are already using 40 percent of all the “plant biomass” produced by photosynthesis on the planet, a disturbing statistic because most life on Earth depends on plants, Hubbell noted. Some three-quarters of all species thought to reside on Earth live in rain forests, and they are being cut down at the substantial rate of about half a percent per year, he said.

Hubbell and He used data from the Center for Tropical Forest Science that covered extremely large plots in Asia, Africa, South America and Central America in which every tree is tagged, mapped and identified — some 4.5 million trees and 8,500 tree species. Many of these tree species are very rare. If they go extinct, so will the animals that depend on them.

“We need much better data on the distribution of life on Earth,” he said. “We need to rapidly increase our understanding of where species are on the planet. We need citizens to record their local biodiversity; there are not enough scientists to gather the information. We also need much deeper thought about how we can estimate the extinction rate properly to improve the science behind conservation planning. If you don’t know what you have, it is hard to conserve it.”

Hubbell and He have worked together for more than 25 years through the Center for Tropical Forest Science. The research was federally funded by the National Science Foundation, NASA, and the Natural Sciences and Engineering Research Council of Canada. While the current research estimates that extinction rates have been overreported by as much as 160 percent, Hubbell and He plan in future research to investigate more precisely how large the overestimates have been.

Hubbell encourages the public to spend more time enjoying nature, “especially if it’s going to be here today, gone tomorrow. If we don’t take steps to preserve animals and plants that we care about, they are going to be gone.

“When I was a kid,” he said, “I spent a lot of time doing non-macho things like collecting butterflies and turning over rocks. The only way we’re going to save nature is by making sure future generations experience nature. People who have never seen wild nature don’t miss it and don’t realize how impoverished their lives have become due to its loss. I worry about the loss of a conservation ethic among the public. Go to the tropics. Experience a rain forest — while you still can.”