Even in a Crowd, You Remain Unique, UCLA Life Scientists Report

It may seem paradoxical, but being part of a crowd is what makes you unique, according to UCLA life scientists.

Biologists Kimberly Pollard and Daniel Blumstein examined the evolution of individuality —personal uniqueness — by recording alarm-call vocalizations in eight species of rodents that live in social groups of various sizes. They found that the size of the groups strongly predicted the individual uniqueness in the animals’ voices: The bigger the group, the more unique each animal’s voice typically was and the easier it was to tell individuals apart.

Their research will be published as the cover article in the March 8 print issue of the journal Current Biology and is now available online.

The findings — resulting from six years of research by Blumstein, professor and chair of ecology and evolutionary biology at UCLA, and Pollard, who conducted the research as a doctoral student in Blumstein’s laboratory — may help explain a fact critical to the everyday lives of humans and other social creatures: why everybody is different.

The reason, the researchers say, is due to a “Where’s Waldo” effect in which it is difficult to pick one individual out of a crowd, and the bigger the crowd, the harder it is. 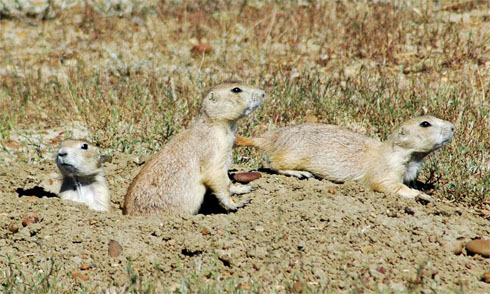 “But humans and other social creatures can’t just give up when crowds get large,” said Pollard, the study’s lead author. “We still must be able to identify our friends, our family and our rivals within that crowd.”

The species that had to contend with bigger crowds did so with more unique voices, the researchers found. The larger the social group, the easier it was to tell any two individual animals apart.

“Nature has solved the ‘Where’s Waldo’ problem by endowing highly social creatures with more unique features, which helps them find their pals in the crowd,” said Pollard, currently a postdoctoral scholar at the U.S. Army Research Laboratory in Maryland.

And if social species — like humans, for example — were to evolve to consistently live in larger and larger groups, this would likely set the stage for the evolution of even greater individuality, the researchers predict.

“The number of individuals that humans must recognize seems to be growing, especially as we become more globally connected and as social groups become less clearly defined,” Pollard said. “This is probably increasing the evolutionary pressure on our own individuality.

“This research helps to explain something that is such a core, critical part of our daily experience — our own uniqueness as individuals,” she said. “Our results shed light on the underlying evolutionary reasons why we are all so different.”

Pollard’s research was funded by the National Science Foundation’s Graduate Research Fellowship Program, as well as other scientific organizations.