*Alan Newell, a UA mathematics professor, studies patterns in nature, which he said have features that are universal*

When people on airplanes ask Alan Newell what he works on, he tells them “flower arrangements.”

He could also say “fingerprints” or “sand ripples” or “how plants grow.”

“Most patterns you see, including the ones on sand dunes or fish or tigers or leopards or in the laboratory – even the defects in the patterns – have many universal features,” said Newell, a Regents’ Professor of Mathematics at the University of Arizona.

“All these different systems exhibit strikingly similar features when it comes to the patterns they form,” he said. “Patterns arise in systems when they’re under some kind of stress, applied stress.” 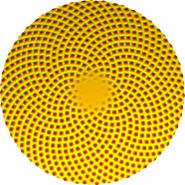 This image shows the pattern on the head of a sunflower as generated by a mathematical model of plant growth. Image credit: Matt Pennybacker/University of Arizona

Newell talked about the universality of patterns in nature and how those patterns are created, with an emphasis on plants, on Friday, Feb. 18 at the American Association for the Advancement of Science annual meeting at the Washington Convention Center in Washington, D.C.

Newell’s talk, “The Universal Nature of Fibonacci Patterns,” is part of the symposium, “The Growth of Form in Mathematics, Physics and Biology.”

The symposium honors the 150th anniversary of the birth of mathematical biologist D’Arcy Wentworth Thompson.

In 1917, Thompson published an extremely influential book, “On Growth and Form,” in which he argued that biological forms are controlled more by the laws of physics than by evolution.

Newell agrees that many of the biological – and non-biological – forms in nature are the products of physical forces, rather than evolutionary ones.

In his talk, he will discuss how the arrangement of flowers, bracts, florets and stickers near the growth shoots of plants – known as phyllotaxis – is a consequence of biochemically and mechanically induced pattern-forming instabilities.

“All the lovely patterns on plants have their origins in mechanical forces and biochemical processes,” he said.

Newell and his students approach the problem of patterns in plants from a mechanistic point of view, he said.

Patterns arise when the symmetry of a system is broken, Newell said. The similarity in patterns from system to system occur when the systems have similar symmetry, rather than because the systems are made from the same materials.

“The mathematics elegantly captures the fact that pattern structure depends more on shared geometrical symmetries than material properties, because the simplified equations for all these very different situations turn out to be the same,” he said.