Graduates of the University of Delaware’s doctoral program in economics have been making great strides in their chosen fields since graduation.

Whether advising young entrepreneurs or improving methods for measuring important national statistics, these graduates have been impacting economics across the world and putting their UD doctorate degrees to good use.

Since his graduation from UD’s Ph.D. program, Samuel Mathey has worked to spread entrepreneurial knowledge throughout his home country of Cote d’Ivoire and other countries in Africa.

Mathey created the African Foundation for Entrepreneurship and Economic Development (AFFEED) this year, which promotes sustainable economic growth in the continent.

Through AFFEED Mathey plans to take a tour across all 53 African nations, visiting towns and cities and teaching workshops on entrepreneurship. The foundation also creates international partnerships between business owners in Africa, and is building an online database of entrepreneurs to help encourage these connections.

“We work to pair people in different countries,” said Mathey. “For instance, if you start a company in Cote d’Ivoire, why not join the guy who’s doing something similar in Ghana or in South Africa? Instead of working alone, you can create a multinational company with access to three markets.” 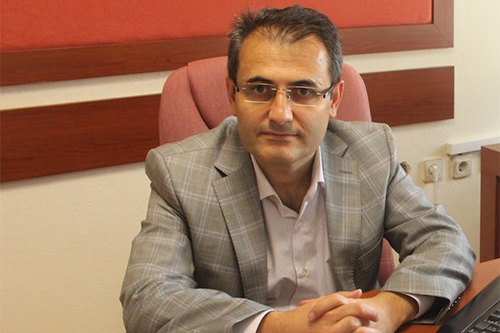 Halit Yanikkaya, a graduate of UD’s economics doctoral program, is a leading economist in Turkey who continues to collaborate with his professors. Image credit: University of Delaware

Mathey and AFFEED also promote zero capital entrepreneurship, providing guidance and resources to individuals looking to start their own businesses without a large initial investment. Mathey has written a book on this concept, The Economic Game Changers: Zero Capital Export Driven Entrepreneurs, which will be published in English in the near future.

Mathey has also created the Association of African Young Economists (AAYE), which provides an online space for economics students in Africa to collaborate and develop new ideas.

“There’s no reason for you to wait for your Ph.D. to have someone who has been publishing guide you,” said Mathey. “Why not create a platform where you can express all of these brilliant ideas? I believe by that writing and having people react, the students improve themselves.”

Mathey also taught at the Université de Lorraine and Lorraine Business School in France for three years. He currently works as a consultant for such organizations as the Business Association of Cote d’Ivoire and as a TV news contributor, a magazine columnist and reviewer for a number of journals.

During his time at UD Mathey worked with the association of economics students and served as a volunteer firefighter and ambulance driver with the Aetna Hose, Hook and Ladder Company.

Mathey said that his decision to come to UD was a difficult one to make at the time, because he had to temporarily leave behind his pregnant wife and two children in order to come to the United States, but he now calls the decision “fate.”

“You are not made of nothing; there are people who love you,” Mathey said, adding that he kept these words in mind throughout his travels. “You have to have a fighting spirit.” 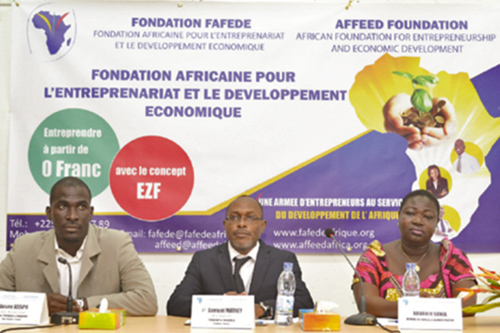 Estelle Sommeiller’s research into income inequality across the United States, which began as her UD doctoral dissertation, is now being featured in economic information databases across the world.

During her time at UD, Sommeiller undertook extensive research at Morris Library into tax data reported by the Internal Revenue Service. She worked closely with her adviser William Latham, associate professor of economics at UD, to study rates of income growth across the country.

“The keen and genuine interest of Dr. Latham for my work tremendously helped me perform the challenging task of writing a Ph.D. dissertation, the keystone of doctorates’ careers in research circles,” said Sommeiller.

Sommeiller has since expanded on her work at UD, collaborating with Mark Price of the Keystone Research Center to create a comprehensive report on income inequality in the U.S. over the past century. This report has been published by the Economics Policy Institute and will soon be part of the prestigious World Top Incomes Database.

Sommeiller currently works as an economist for the French Institute for Research in Economic and Social Sciences in Paris, specializing on research on the United States. She says that her time at UD helped provide her with the knowledge of the country necessary to earn the position.

“Today, unionization and collective bargaining levels are at historic lows not seen since before 1928,” said Sommeiller of her findings. “The federal minimum wage purchases fewer goods and services than it did in 1968 and it is no longer unusual for executives to receive large bonuses while laying off workers. We hope these data on income inequality by state will spur more states, regions, and cities to enact the appropriate policies the nation needs to fuel economic growth and to become, once again, a land of opportunity.”

Carol Robbins’ doctoral dissertation, which examined the financial impact of innovative ideas, has served as a launching point for her work in years to come.

“This work has formed the foundation of much of what I have done since I left graduate school,” said Robbins, who also worked with Latham as her adviser. Robbins’ project focused on what she calls “spillovers.”

“These spillovers are a positive benefit that a state economy gets from innovative knowledge in nearby states,” said Robbins. This could be measured in the form of patents, manuscripts, songs and more. Each of these seemingly intangible creations has a measurable impact.

Robbins’ interest in this unique approach to financial measurement earned her a position as a research economist for the Bureau of Economic Analysis (BEA), a federal agency that produces economic statistics used widely for policy and forecasting purposes. In 2010, Robbins became a branch chief in the BEA’s regional accounts directorate, where she leads a team of economists in developing improved economic statistics.

“Intangible products have become an increasingly important part of economic output,” said Robbins. “These things, despite the fact that they don’t have a physical presence, are used in the production of economic output. So our predictive capacity is influenced as much by these intangibles as it is by things like buildings and equipment.”

This work has had a large impact on the way that both state and federal gross domestic product (GDP) is calculated. As of last year, current GDP calculations used by the BEA now include a measurement of these productive investments and creative intangibles.

Robbins feels that her ability to focus on economic measurement and applied economics equipped her for the challenges of her career with the BEA.

“I felt well prepared for being an applied economist and doing the kind of work that I do here,” said Robbins. “I also got a lot of support from my professors and my dissertation advisor in making the transition from being a graduate student to being a professional economist.”

Halit Yanikkaya, another graduate of the program, is now one of the top 20 economists in his home country of Turkey.

Yanikkaya, who currently works as head of the Department of Economics at Gebze Institute in Technology, has received many awards for his work, notably the illustrious TÜBA (Turkish Academy of Sciences) Distinguished Young Scholar Award in 2007.

Even after graduating from UD, Yanikkaya has continued to collaborate with UD professors. He has published a number of papers with James Butkiewicz, professor and chair of UD’s Department of Economics.

“This clearly indicates that even after my graduation UD professors very much influence my research,” said Yanikkaya. “We have examined the growth effects of selected economic, political, and institutional variables such as the lending practices of international financial institutions, socio-political instability, and polity stability.”

And Yanikkaya’s articles have been highly successful. An article he published in 2003 on the effects of trade liberalization on economic growth remains one of the 10 most downloaded papers in the Journal of Development Economics.

“I would only say good things during my graduate study at UD,” said Yanikkaya. “I believe an exceptional Ph.D. program has improved my qualifications on understanding a wide range of economic issues.”